What are Capital Gains?

New Mexico gives a big and ineffective tax break to those with capital gains income. A capital gain is the profit an investor gets when selling an asset – such as shares of stock, real estate*, or artwork – that has become more valuable. The capital gain is the difference between the original purchase price and the selling price. The gain is reported and taxed as income in the year the asset is sold. The IRS considers it ‘unearned income’ because it doesn’t come from wages or a salary.

New Mexico is one of just nine states to effectively tax capital gains less than the wages and salaries earned by hard-working New Mexicans. Beginning in 2003, those with capital gains income – who are overwhelmingly the wealthiest in New Mexico – were allowed to deduct 50 percent of their capital gains from their state income taxes. In 2019, legislators reduced the amount to 40 percent.

There is no evidence that the capital gains deduction does anything to promote investment in New Mexico. It is an ineffective give-away that costs the state around $40 million every year – money that could be invested in education, transportation, and other building blocks of broadly shared economic growth.

If lawmakers repeal this tax break, the $40 million in revenue can be used to:

All of which form the foundation of a prosperous economy.

Given the state’s generous tax deduction, this investor pays zero state income tax on 40 percent – or $300 – of their $750 profit. Meanwhile, a New Mexican who earned $750 in wages would have to pay state income taxes on the entire amount.

The Income and Wealth Divide 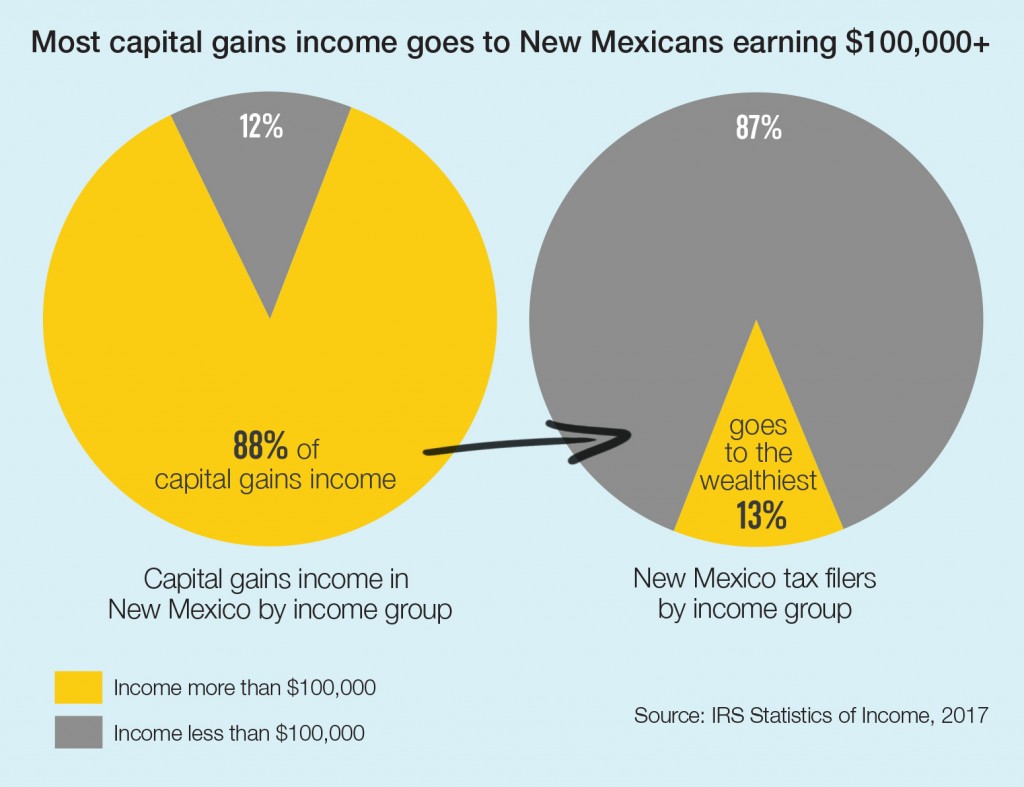 This unequal distribution of capital gains income leads to a widening wealth divide. Inequalities in both wealth and income fall along racial and ethnic lines. The median income for white households with children is $72,200 in New Mexico. It is significantly lower for Hispanic, Black, and Native American households with children. 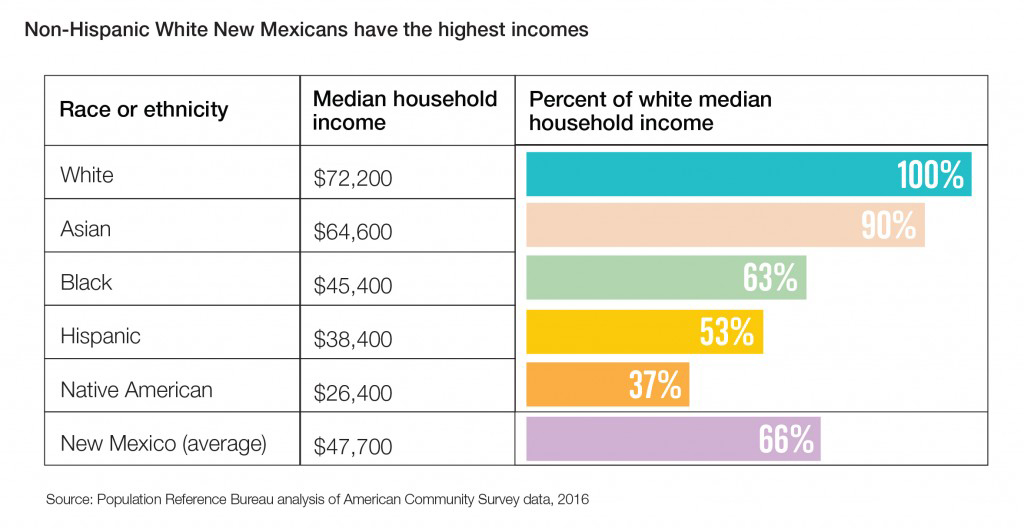 Given white household’s higher incomes – combined with current and historical policies that have advantaged whites while disadvantaging people of color – it’s not surprising that whites are able to accumulate more wealth than are people of color. The median net worth of white households in New Mexico is over four times that of households of color. Home ownership makes up about two-thirds of the wealth of an average household, but whites are far more likely to own homes than are families of color.

These Income and Wealth Divides Did Not Occur Randomly

They are the direct result of decades of discriminatory policies – such as being denied a loan for a home or business, or being denied the ability to live in a certain neighborhood. Even today, there’s evidence that Blacks and Hispanics are turned down for home mortgages far more often than are white applicants with similar incomes.1 Another study shows that Black and Hispanic home buyers are far more likely than whites to pay high interest rates, even when they have similar financial situations.2 And because wealth accumulates over generations, the divide has only gotten worse over time, creating patterns of poverty and wealth that are highly unequal along the lines of race and ethnicity.

Since capital gains income is unequally distributed, it means the benefit of this unnecessary tax deduction is also unequally distributed. It’s no surprise that policymakers often favor tax policies that benefit high-income earners. This preference is part of the reason that low- and moderate-income New Mexicans – who are primarily people of color – pay a greater share of their income in state and local taxes than do the wealthiest – who are disproportionately white. 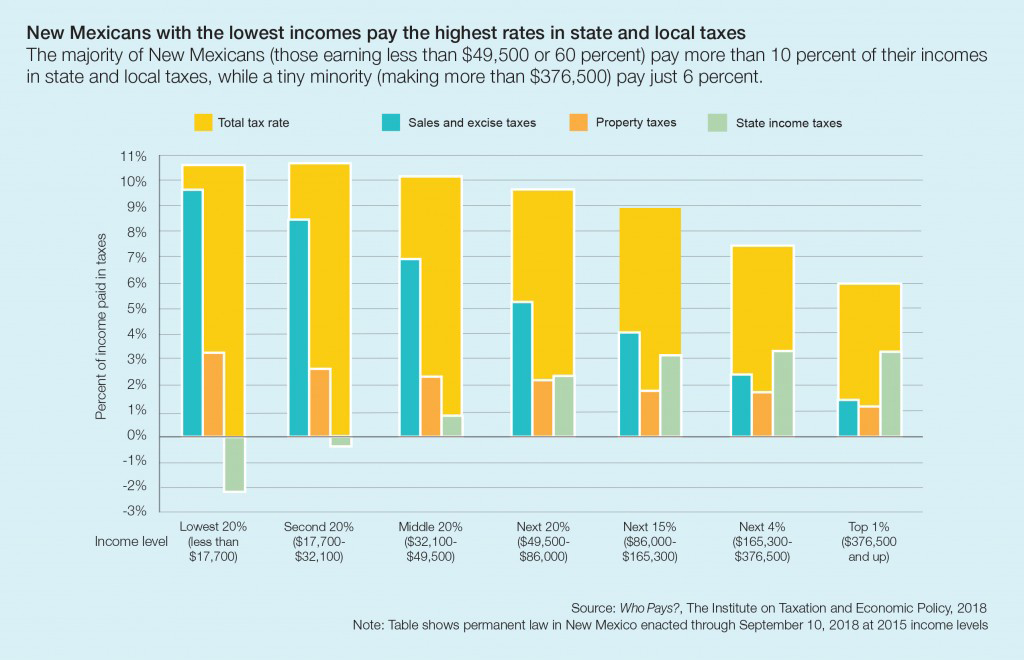 Now is the Time to Repeal

1 “Kept Out,” The Center for Investigative Reporting. February 2018
2 What Drives Racial and Ethnic Differences in High Cost Mortgages? The Role of High Risk Lenders, NBER Working Paper No. 22004. February 2016
*Capital gains from the sale of a primary residence are not subject to taxation until they reach $250,000 for a single person or $500,000 for a married couple.