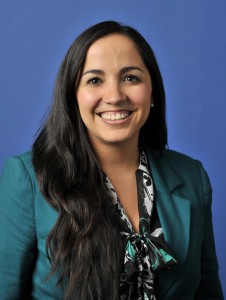 Your ability to be gainfully employed, earn a family-sustaining wage, or stay safe on the streets in your own community shouldn’t depend on the color of your skin. But too often it does. And despite the great strides our nation has made toward a more equitable society, inequities persist. That’s largely because many of the systems and structures that created those inequities are still present – it’s just that some of them are harder to see than others.

One such hidden structure that perpetuates inequity is our tax system. Even here in New Mexico, where people of color are the majority of the population, our tax system benefits non-Hispanic whites more than anyone else. Centuries of injustices have led to enormous disparities in income and in wealth accumulation across racial and ethnic lines in our state and nation. What’s more, this inequity has gotten worse over the last two decades, even as more and more people of color have been elected and appointed to offices of power. There are numerous complex reasons for this, but one of them can be easily confronted. That is, we simply must recognize that, like other public policy, tax policy can either advance or hinder equity. It is never race-neutral.

Over the past several decades, the bulk of the state and nation’s tax policies have advanced inequities. After years of enacting tax cuts that benefitted white earners the most – earners who, for centuries, have disproportionately benefitted from other policies that assisted them in maintaining higher incomes and accumulating wealth – a greater share of the responsibility for paying taxes has been shifted onto people of color. Ironically, the systems and structures these taxes support – our schools, health care, infrastructure, public safely, and all the other vital services that are the bedrock of our economy – have also given preferential treatment to white people.

Families of all races experience New Mexico’s tax system differently depending on their income level, according to recent research by the Institute on Taxation and Economic Policy. This research shows that, like most states, New Mexico’s current tax system requires those with the lowest incomes to pay the largest share of their income in state and local taxes – while those earning the most money pay the smallest share. People of color are overrepresented in the former category and non-Hispanic white residents are overrepresented in the latter. By perpetuating these tax preferences, our tax system reinforces the status quo of inequity and fails to play the important role it could in improving racial equity. And while improvements enacted in 2019 made important progress in breaking down tax system barriers for families of color in New Mexico, our state’s tax system is still doing less than it could to address serious racial and ethnic inequities.

There are plenty of good economic reasons to support such legislation: raising revenue allows us to make more robust investments in the programs, services, and infrastructure – education, health care, transportation, etc. – that make our economy possible; and putting money into the hands of those who earn the lowest incomes means that money will be spent quickly and locally, boosting the economy.

And there is one excellent equity reason: Rather than reinforcing a status quo that hinders equity, HB 291 advances equity.

Tax bills like HB 291 can help us move towards an anti-racist future by beginning to undo the preferential tax treatment that those who earn the highest incomes and hold the most wealth – who are disproportionately white people – have too long enjoyed.

Over the past year we’ve witnessed some terrible racial disparities: the way centuries of economic inequities have made communities of color more vulnerable to the pandemic and its recession; and the starkly different treatment of Black Lives Matters protesters calling for justice and of white nationalists seeking to overturn a free and fair election. We have the opportunity now to address those inequities head-on by writing some anti-racism into our state tax code. Such movement toward equity may not be as obvious to most people as the protests and pandemic were and are, but it will be every bit as impactful, and it will set our state on a path that leads to more equitable opportunities for all.