Note: this is the fourth installment in our series on policies passed during the 2019 legislative session that will improve equity in New Mexico. You can read the introduction, which gives more information on what we mean by ‘equity’ and what the disparities are, and link to previous blogs in this series here. 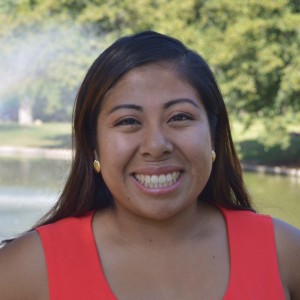 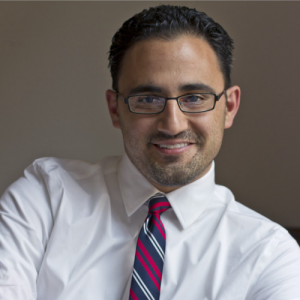 The best way to strengthen our state and country is to strengthen the families who live here. That includes immigrant families, who are essential contributors to our history and our economy. But in today’s political climate, many families undergo very real stress and trauma as a result of policies designed to exclude, punish, separate, and discriminate against them. In recent years, immigration has arisen as a particularly divisive political issue, with inflammatory rhetoric and draconian policies becoming the norm. In a state where child well-being already ranks the lowest in the nation, immigrant children are experiencing disproportionate distress and threats to their education, health, and welfare.

One fourth of children in the U.S. have at least one foreign-born parent. In New Mexico, more than 50,000 U.S. citizen children live with at least one family member who is undocumented, and there are about 6,000 DACA recipients living within mixed-status families.

Given New Mexico’s substantial immigrant population and that group’s important contributions to our state – which includes paying taxes – it is essential that we enact policies that promote opportunity for all families. During the 2019 New Mexico legislative session, lawmakers passed several bills that will have broad benefits to immigrants, their families, and the state as a whole.

Along with our allies on the NM Dream Team, a youth-driven immigrant rights group, we advocated for legislation to improve college affordability regardless of a student’s immigration or documentation status. House Bill 127  directed $25 million to the state College Affordability Fund and increased award amounts to low-income students (read more about that in our third blog in this series). Nationally, 65,000 undocumented students graduate high school every year but only 5 to 10 percent of them pursue a college degree and fewer than 1 percent earn a graduate degree. Increasing these funds has a positive impact on immigrant students because no matter their status they can receive help to pursue higher education.

Senate Bill 278, which passed with strong bipartisan support, allows the non-Real ID Driver’s Authorization Card to be called a “New Mexico Driver’s License,” and makes it renewable for four or eight years. The bill was the result of eight years of legislative wrangling, two lawsuits, and tireless statewide mobilizing by immigrant-rights groups like Somos Un Pueblo Unido and El Centro de Igualdad y Derechos, which took the lead on this issue. The changes outlined in the bill provide a streamlined process not only for the immigrant community, but for all New Mexicans seeking a simple driver’s license.

Unfortunately, lawmakers also stumbled some when it came to achieving greater equity for immigrant families, and several other important pieces of legislation will have to await further action.

Three of the state’s four largest cities – Santa Fe, Las Cruces, and Albuquerque, along with Bernalillo County – have policies that bar local authorities from enforcing federal immigration law (also called sanctuary policies). Unfortunately, legislation to limit the use of state resources on immigration enforcement (SB 196 and HB 195) failed to pass.

Another initiative that stalled was HB 624, which would have limited the creation of new, and renewal of existing, federal contracts for detention centers in New Mexico. It also would have created independent executive and community oversight of Immigration and Customs Enforcement (ICE) detention camps. Right now in the U.S., more than 45,000 immigrants are detained, nearly 15,000 of them children, so detention has already caused significant disruptions – including the separation of children from their parents – among immigrant families.

Protecting immigrants is a matter of our state’s economic health. When immigrant parents and their children are doing well, all of New Mexico is stronger for it. In New Mexico, the tireless work of immigrant families and advocates has shown that immigrants have many champions who are willing to take bold steps for equity and justice. For the sake of our state’s children – their health, their education, and their futures – we must continue to urge our leaders to reject the nation’s current anti-immigrant agenda.