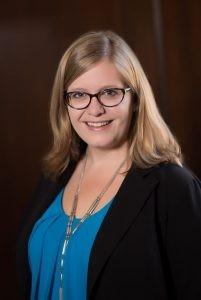 You’re welcome, America. Our state, Kansas, just wrapped up a 5-year long experiment in governance from which the other 49 states can now glean some important lessons. The Kansas Legislature has voted to roll back much of the 2012 package of tax cuts that sent the state into a downward spiral of financial instability and weakened the Kansas’ public schools, universities, Medicaid program, and virtually everything else that the state funds.

With the state facing yet another budget shortfall of $900 million, government leaders decided that enough was enough. Governor Brownback, who heralded the 2012 experiment, was proposing yet more temporary band-aid approaches and more cuts deal with the shortfalls. The Legislature chose a different path and instead sent the Governor a bill that would raise more than $1.2 billion in new revenue over two years by, among other things, repealing a costly tax break for pass-through income, rebalancing individual income tax rates by reinstating a third tax bracket, and reversing course on the Governor’s plan to eliminate our state income tax. Brownback vetoed the legislation but, with bipartisan support, the House and Senate quickly overrode the veto.

Our state has begun the path to fiscal stability and is closer to becoming a model of good policy choices as much as it is a cautionary tale. The damage done to Kansas from this reckless experiment will not be undone overnight, but other states need not wait to act upon the lessons learned.

Put simply, revenue matters. You can’t get something for nothing. We all want and deserve thriving communities with great schools, parks, and modern roads and bridges; and we chip in to pay for that. That’s what taxes are for.

Because of the scope of the 2012 changes, it didn’t take long before Kansans in every corner of the state began connecting the dots between the actions of state lawmakers and the quickly eroding quality of the things that make for a good economic foundation in every community. With every subsequent shortfall, the picture became more clear. Meanwhile, the promised economic boom—and the revenue rebound that would supposedly follow—never happened (as economists predicted). In the last few election cycles, voters have viewed candidates and their promises through a different lens, and the 2017 Legislature had the experience and public backing to chart a new course.

Most state tax codes, including ours, need further reform, but it’s high time that state tax policy adhere to one basic, proven (and now proven once again) principle – states need revenue to invest in the things that create thriving communities and a prosperous economy. Kansas just learned this lesson again, the hard way, so that your state doesn’t have to. You’re welcome.

Heidi Holliday is executive director at the Kansas Center for Economic Growth.