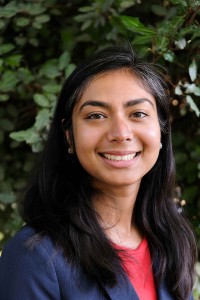 On top of the extraordinary mental and physical changes one faces after having a baby, one thing that shouldn’t have to change is one’s health care coverage. Fortunately, new mothers who qualify now have a full year of postpartum Medicaid coverage in New Mexico so they can focus on what really matters: taking care of their babies and their own health concerns. After all, nothing is more foundational for our next generation than the well-being of mothers and infants.

Before this past legislative session, people who enrolled in Medicaid for pregnancy- and birth-related care received just two months of postpartum Medicaid coverage. This meant that, while taking care of their newborn, new parents had to worry about paying for medical care out-of-pocket or had to find new health insurance a mere 60 days after giving birth.

The 2-month cut-off did not account for the importance of the year-long postpartum period. During the first year, people who have given birth are at risk of serious and sometimes life-threatening complications. This is reflected in the fact that one-third of pregnancy-related deaths occur between one week and one year after delivery. Given that 60% of pregnancy-related deaths are preventable, the postpartum Medicaid extension is essential to providing parents with consistent coverage so they can identify and address health issues before they become deadly.

Promoting maternal health is especially important in communities of color, given that Black and Native American people who give birth experience higher rates of maternal mortality. This is due in part to the fact that women of color are more likely to experience structural and interpersonal racism, which results in more maternal stress and worse health outcomes for mothers and their children. Women of color are also disproportionately more likely to experience disruptions in their postpartum health coverage, illustrating the importance of the extension in reducing racial disparities regarding access to postpartum care.

The postpartum period is also a critical time for new mothers to be connected with mental health resources. In New Mexico, more than one in eight people experience postpartum depression. This harms both the parent and the newborn since postpartum depression can result in neglect and less-than-optimal early brain development in babies. Fortunately, these mental health concerns can be treated with therapy and medication. The expansion of postpartum Medicaid coverage gives parents the time to find the right treatment plan for them, improving their own health and their baby’s current and future well-being.

In response to these challenges faced by new parents, Governor Michelle Lujan Grisham and the state Legislature invested $14.4 million during the recent legislative session to expand Medicaid. Thanks to these efforts and to the Human Services Department, parents have had a full year of coverage since April 1 of this year.

Every parent deserves to have continued access to health coverage in the first year after having a baby. Extending postpartum Medicaid coverage is an important step towards a future in which all mothers and infants have positive postpartum experiences, allowing more parents and babies to lead vibrant, healthy lives.

Divya Shiv, MPP, is a Research and Policy Analyst at New Mexico Voices for Children.