Exempting Social Security Income from Taxation: Not Targeted, Not Necessary, Not Cheap

The proposals to exempt Social Security income from state income tax will benefit those with high incomes. And at a cost of at least $120 million, will mean less money for the programs that matter most to our communities.

Half of all New Mexico’s seniors on low incomes – less than $25,000 for individuals or $32,000 for couples – already pay no income taxes on their Social Security benefits. And the rest pay taxes on only a portion.[1]

Low-income seniors also got a big tax break during the 2021 legislative session:

In 2021, lawmakers increased the amount of the rebate for LICTR and expanded eligibility. Lawmakers:

LICTR is a much more effective way to help low-income seniors.

Whenever we give tax breaks, we take in less money. That means less money for the services and programs that we all depend upon.

One of those programs is the Aging and Long-Term Services Department, which helps our seniors with many issues, including:

The proposed tax cut will cost the state more than twice the entire budget of the Aging and Long-Term Services Department ($48.4 million).[3] 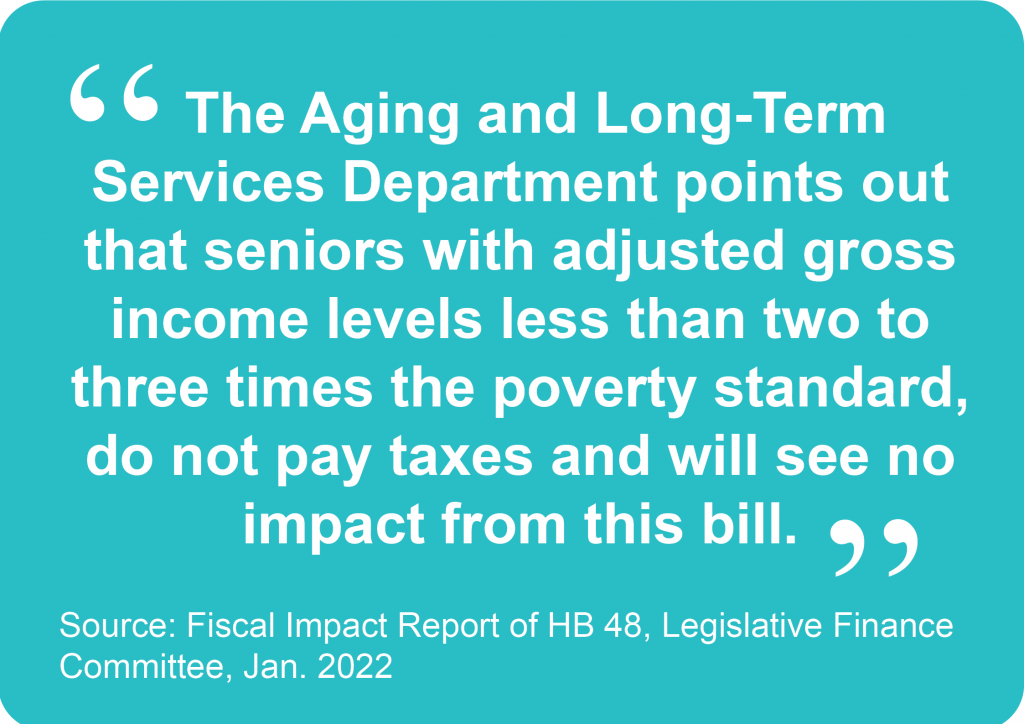 Tax cuts like this narrow our revenue streams and make us even more reliant on revenue from the boom-or-bust oil and gas industry. So next time oil prices go bust, we’ll either need to raise taxes or cut the services and programs everyone – our kids, our families, seniors, and small businesses – depend upon.

When that happens, all low-income New Mexicans get hurt. We have one of the highest poverty rates in the nation. Why would we do anything to make that situation worse? 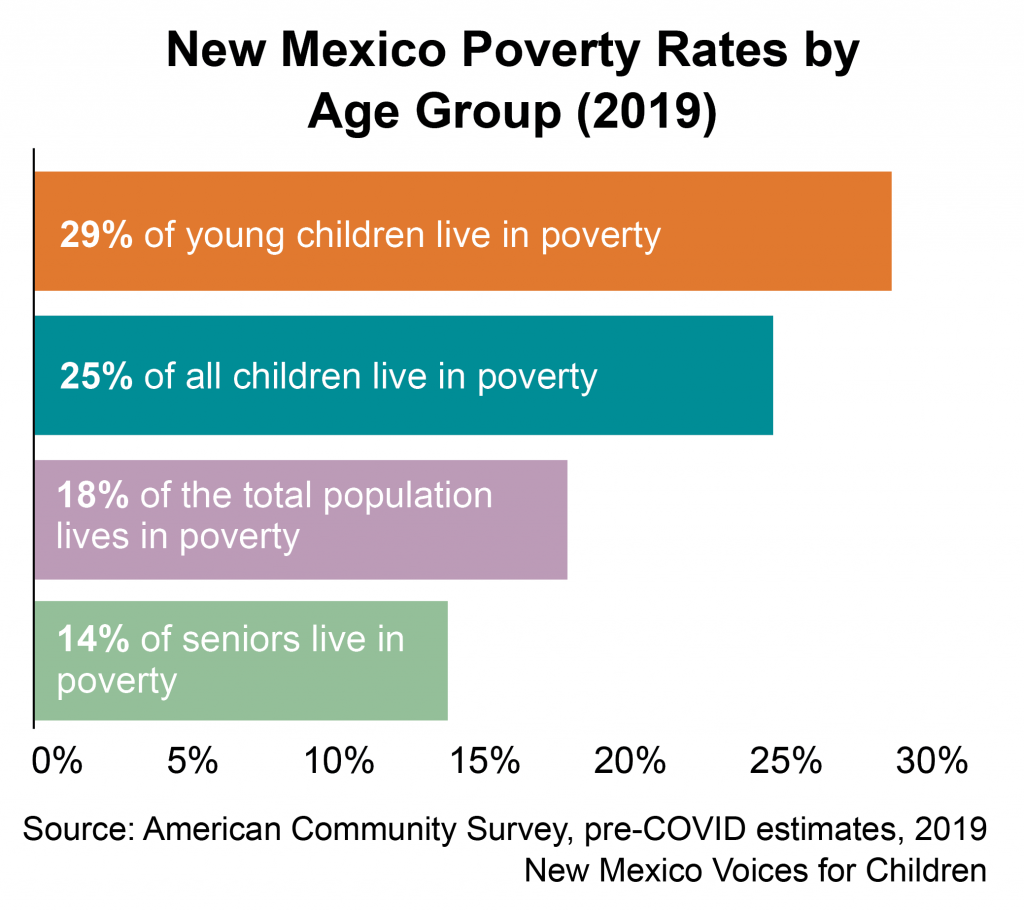 Despite the fact that many of our seniors are low-income, as a group, they have a low poverty rate: 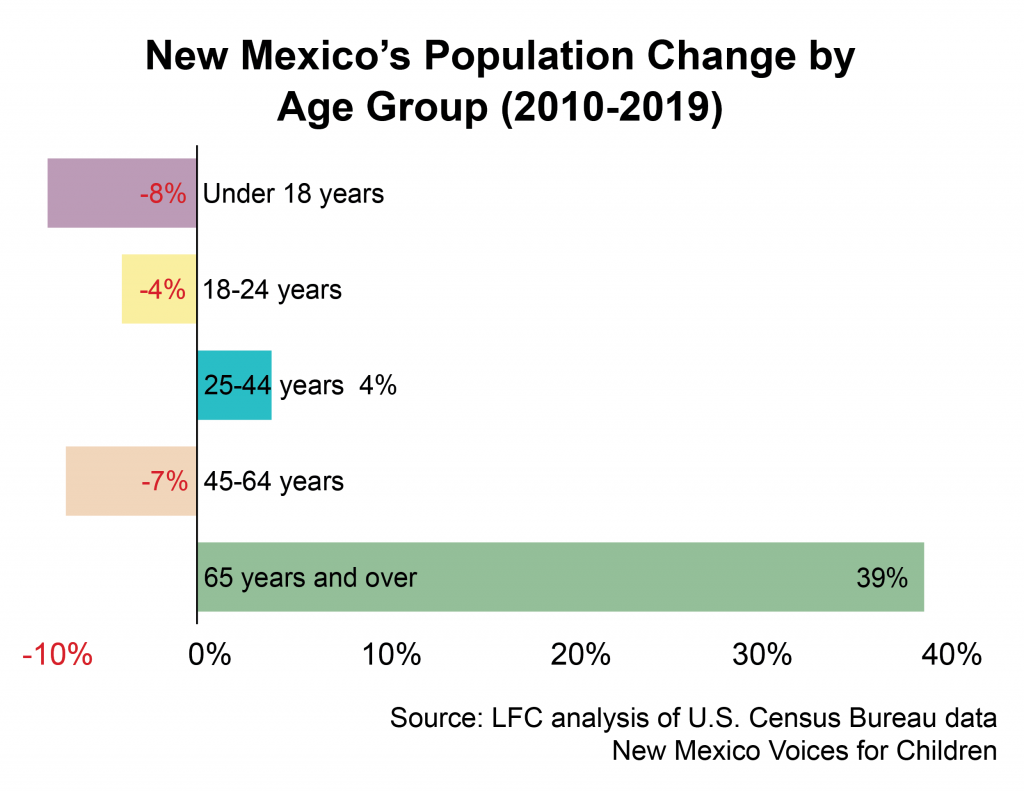 Seniors are, by far, the fastest-growing age group in New Mexico: