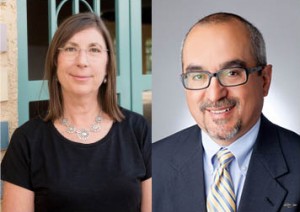 The physical and economic health of our states depends on fair and responsible management of publicly owned resources — everything from our school buildings to our state and national parks. But because of the broken federal oil and gas leasing system, our schools have received less-than-promised funding and discarded oil wells are polluting our cherished public lands. Thankfully, several of our leaders in Washington are working to put our communities and public lands first and manage our transition away from fossil fuels.

In January, the Department of the Interior announced a temporary pause of new oil and gas leasing on public lands. While this pause has no impact on existing leases or ongoing development, it  allows the department to complete the first comprehensive review of the leasing program in over 30 years.

That review will lead to a report that will hopefully lay out several common-sense fiscal reforms the administration intends to make, including several that already have support in Congress. Because New Mexico is the second-largest producer of oil and gas on federal lands and Colorado has seen increasing numbers of oil company bankruptcies, both states show why these reforms must happen now.

Oil and gas companies must pay royalties when they extract resources from public lands, and states use this money to help fund priorities like schools and infrastructure. Our states have lost billions of dollars of revenue because the outdated federal onshore royalty rate is well below what states charge and even what the federal government charges for offshore drilling. If the onshore and offshore rates were equal, New Mexico would have received $2.5 billion in additional revenue between 2009 and 2018, while Colorado would have received an additional $650 million. Our states could have used this to increase teacher pay, fix roads, and so much more. Instead, it stayed in the pockets of oil and gas executives who took bonuses while laying off workers during the pandemic.

These companies must also put up bonds — money to clean up wells that are no longer in use — but the federal bonding rates haven’t been updated since the 1960s. Because companies do not put up enough money to fully cover the costs of clean-up, it’s everyone in Colorado and New Mexico who end up on the hook for potentially billions of dollars to clean up abandoned wells — and the cost will only increase if this crisis goes unaddressed.

These so-called orphaned oil wells — those left by companies that skip town, usually because of bankruptcy — are littered across both our states. There are hundreds of wells on federal lands that may be orphaned in Colorado and New Mexico, and more than 8,000 across the West according to a report from the National Wildlife Federation and Public Land Solutions. Many are near national parks and other recreation sites, not to mention within communities and sensitive wildlife habitats. Because orphaned oil and gas wells contaminate air and water, they must be reclaimed as quickly and effectively as possible; but instead of oil companies footing the bill, our states and communities are left paying the heavy price.

Recognizing these problems, Senators Jacky Rosen of Nevada and Chuck Grassley of Iowa introduced bipartisan legislation to modernize fiscal rates while Colorado Senator Michael Bennet introduced a bill — that New Mexico Senator Martin Heinrich co-sponsored — to modernize federal oil and gas bonding rates and fund orphaned well cleanup. While we wait to see what is in the administration’s report, these bills provide a solid framework that Congress should enact as soon as possible.

The work of the White House and champions in Congress is simply common sense. We support these efforts because the costs of not acting are too high, and the health of our states, schools, and children should no longer be dependent on the health of the oil and gas industry.