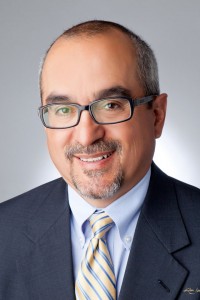 Commentary: The end of this year’s extended tax season gives us another chance to consider where our tax dollars are going and if they directly benefit our communities via our schools, health care, public safety infrastructure, and more. As a parent, grandparent, and New Mexican, I understand how important taxpayer dollars are for putting books in our classrooms, improving our hospitals, and supporting new infrastructure projects. However, the COVID-19 pandemic is squeezing New Mexico’s already tight state budget, as vital tax revenue drops during the recession. At the same time, oil and gas companies in New Mexico and across the West are filing for bankruptcy, leaving behind orphaned wells and leaving New Mexicans with the unpaid bill for cleaning them up.

These well sites often have decaying infrastructure that can threaten the health of our families by contaminating our drinking water and leaking dangerous methane pollution into the air we breathe. Oil and gas operators in New Mexico already emit more than 1 million tons of methane annually; while the state is trying to address the problem of methane waste and pollution, more bankruptcies and orphaned wells will only make the problem worse. Taxpayers are stuck, while our money goes to fixing messes created by oil and gas companies when those dollars are desperately needed elsewhere.

In New Mexico, 708 orphaned wells have been identified, and that number will likely increase with the ongoing economic collapse. Considering each well costs around $35,000 to clean up, we are looking at a potential $24 million bill. The state has launched an effort to strengthen state bonding requirements, which will help drive down the number of future orphan wells. But, the state can only do so much, as New Mexico is the largest producer of oil on public lands in the country and roughly half of the state’s orphaned wells are on federal and tribal lands.

At the federal level, leaders like U.S. Representatives Deb Haaland, Ben Ray Luján, and Xochitl Torres Small have called for federal assistance in plugging our 708 orphaned wells. More must be done to reform the system for ensuring the industry pays for cleaning up its pollution going forward so taxpayers are not facing a massive bill every time a company goes bankrupt. Under the federal government’s current bonding system, companies are supposed to set aside funds before they begin drilling to cover clean-up costs in case of bankruptcy. Yet, federal bonding rates are so egregiously inadequate and outdated they often fall well short of covering actual clean-up costs. These ineffective rates have not been adjusted in decades, putting an undue burden on New Mexicans.

Taxpayers should not be forced to foot the bill to clean up after oil and gas companies go bankrupt, especially when oil and gas CEOs are cutting themselves huge checks on their way out the door. But there is a path forward: Congress can update federal bonding rates so American taxpayers are not forced to pay for oil companies’ reclamation costs and to ensure that communities are never stuck in this position again.

As we continue to grapple with the pandemic’s impacts on our society and economy, we must do everything we can to protect our health and put badly needed government resources toward the right priorities. Oil companies should not be allowed to get away with contaminating our air and water, jeopardizing our health, and pushing the clean-up costs to taxpayers – all while lining their executives’ pockets. I encourage our elected officials in New Mexico, at the federal and state level, to fix the orphan well problem for the short- and long-term. That will require dedicated funds to clean-up New Mexico’s 700-plus orphan wells, as well as a commitment to stronger bonding requirements, so that our children are not dealing with the very same problem.