Note: this is the second installment in our series on policies passed during the 2019 legislative session that will improve equity in New Mexico. You can read the introduction, which gives more information on what we mean by ‘equity’ and what the disparities are, and link to previous blogs in this series here. 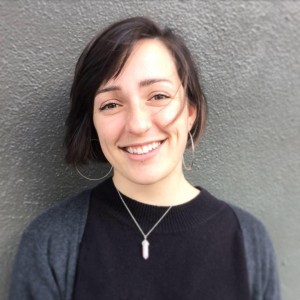 When we take a common-sense approach to criminal and juvenile justice reforms, we can strengthen our workforce, families, and communities. While incarceration was designed to help keep communities safe, mass incarceration without a proper focus on rehabilitation causes harm to families and makes the broader community even less safe. Communities of color have been disproportionately impacted by incarceration even though studies show they commit crimes at similar rates to whites. African Americans in New Mexico are more than six times likelier to be incarcerated as whites and Hispanics are about two times likelier. Women who are mothers are also disproportionately represented. The overall inequity in our justice system has dire consequences for the health and well-being of our families.

Thankfully, criminal and juvenile justice reforms are at the forefront of national, bipartisan conversations. Lawmakers in New Mexico are also understanding that we can’t continue with a strategy of punitive incarceration, and they passed some reforms during the last legislative session that will have a positive impact on communities in New Mexico. While they weren’t approaching these reforms with a focus on equity, making progressive changes to our system has a profoundly positive impact on families of color.

Children are bearing the burden in our justice system both through their parents’ incarceration and their own. About 12 percent of kids in New Mexico have had a parent incarcerated at one time in their childhood. Parental incarceration is categorized as an adverse childhood experience (referred to as an ACE), and can be as traumatic for a child as experiencing violence or abuse in the home. ACEs have also been linked to juvenile incarceration, and the likelihood to reoffend. Addressing criminal and juvenile justice reform can mean so many things, from reducing the cycle of recidivism (returning to prison or jail a second time) to implementing programs that can keep parents out of the system altogether. Regardless of the approach, progressive criminal justice reforms protect families and help prevent childhood trauma associated with incarceration.

One of the measures that passed this legislative session was SB 96, commonly known as “ban the box,” which prohibits private employers from including a question about an applicant’s criminal record on the initial job application. This is a huge step in tackling employment discrimination for New Mexicans who have been incarcerated by helping them get to the interview stage, which helps them secure steady employment and ultimately keeps them out of the system. Similarly, the Criminal Records Expungement Act (HB 370) was passed, which allows arrests and certain criminal charges to be removed from public records. Removing barriers to employment for people who have been involved with the justice system is a monumental step forward to helping our families find economic security.

Lawmakers also passed legislation banning the solitary confinement of juveniles and pregnant women (HB 364). The use of solitary confinement has dangerous impacts on physical and mental health, and has even been tied to youth suicide. Additionally, the legislature passed a measure requiring correctional facilities to implement accommodation policies for inmates who are breastfeeding (SB 124), and legislation giving judges discretion in sentencing inmates who are pregnant or lactating (SB 192). Such policies show that lawmakers are beginning to understand the impact of our justice system on children who, until now, have suffered invisibly.

Child and family well-being has become a core component of criminal justice reform, and the evidence is in the policies the legislature implemented this year. In a state like New Mexico, where 75 percent of our children are kids of color, that will improve equity and help lead to better outcomes. Whether by directly tackling issues of parent and child health in correctional facilities, or implementing laws that help parents stay with their children, New Mexico is working towards a more equitable, common-sense criminal justice system. There is still much more work to be done in tackling inequities in our correctional facilities. But policies that address the growing burden on children in the criminal justice system are certainly a step in the right direction.

Marie-Pier Frigon is the communications assistant for NM Voices.