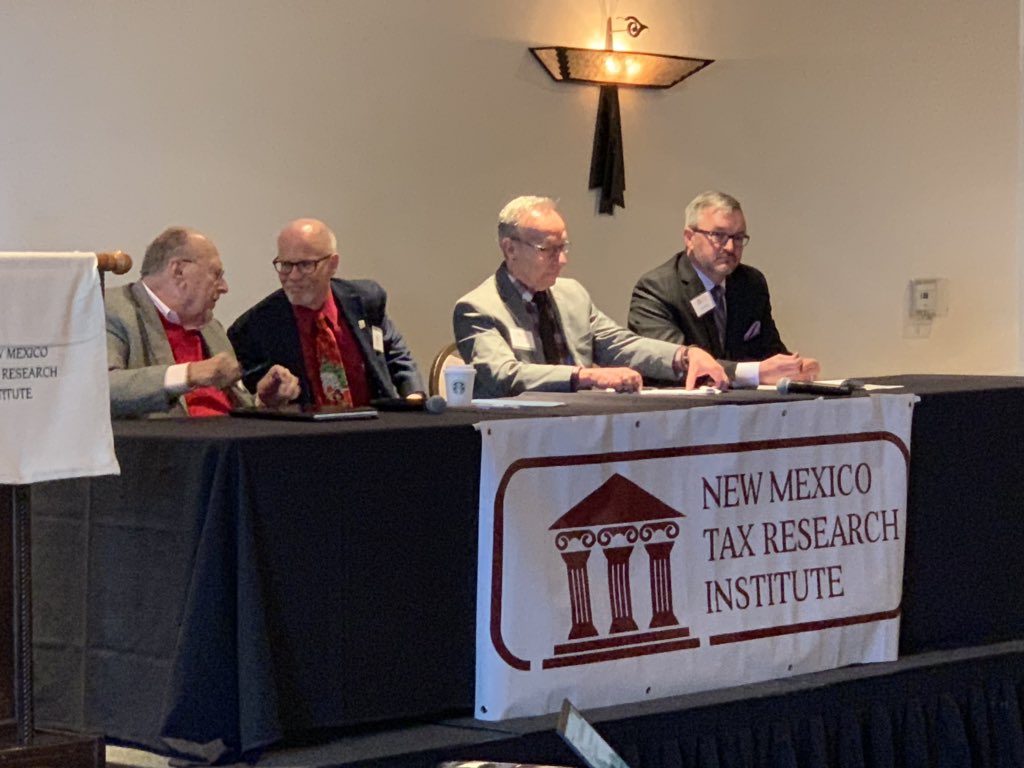 You can count us among those who are grateful for the billion dollar surplus. This has been a rough few years for kids and families.

You can also count us among those who are nervous about how long it will last.

We are excited for the new opportunity that this upcoming legislative session holds for education, early care and education, behavioral health care, infrastructure and many more of our state’s budget needs.

And while we believe strongly that the state has to make significant investments in our state and people to make up for the damage done over the last decade of austerity, we are also terrified of the prospect of the Legislature depending on that volatile gas and oil money for essential recurring budget needs.

At NM Voices, we believe we have a once-in-a-lifetime opportunity to make enormous gains in education and early education because our kids and families won a lawsuit against the state. But even if legislators put hundreds of millions of dollars behind that effort, it is meaningless if it has to be cut the next time a recession hits or the price of oil drops. We’ve been down that road too many times to go there again.

And the times are already getting scary. Two months ago oil was over $70 a barrel and it is $46 today.

So for us, our highest priority this session will be to encourage lawmakers to go way beyond the revenue-neutral tax packages recommended by the LFC to RSTPC on Monday, and raise the substantial amounts of revenue needed to make sure our economy and our kids and families are able to succeed … and are ready for the next downturn. That means raising substantial recurring revenue from more diversified and stable sources. In a bipartisan effort in 2017, they raised $350 million in new money and it was vetoed. We believe with greater budgetary needs now, and the increasing possibility of a slowdown in the economy in the next couple of years, lawmakers need to do much better than the $350 million passed in 2017.

If we had simply kept up with inflation these last 10 years, we would have nearly a billion dollars more in our general fund budget.

If our economy is to take off, if our kids and families are to be successful and healthy and safe, we simply can’t rely on oil to save us. Now is the best time to do tax reform since we have a buffer with extra revenue. Now is the time to raise revenue and to make our tax system more fair.

So, we’ll be supporting:

New higher corporate income tax (CIT) rates or ideally, a repeal of the CIT rate cuts enacted in 2013. That bill cost far more than the three-times-revised fiscal impact report estimated and there’s no indication that it’s worth the couple of hundred million dollars that it cost the general fund. We should also finally enact combined reporting to level the playing field for New Mexico businesses that can’t use the tax avoidance schemes that out-of-state corporations do.

New Mexico has the highest rate of child poverty in the nation and one of the highest rates of child hunger. We should be using all of the tools in our toolbox to help lift kids and families out of poverty. That includes raising the minimum wage to $12 over the next couple of years, but also using tax policy to address poverty.

We would take some of that new revenue raised from PIT and CIT reforms and use it to enact a new Child Tax Credit. That credit would help lift kids out of poverty and also address the impact of federal tax reform enacted by president Trump a year ago that increased state taxes on families with kids – at $135 per child.

The Low-Income Comprehensive Tax Rebate (LICTR) has not been increased in 20 years and should be increased, along with the Working Families Tax Credit. These three tax credits combined, if increased, would help boost our economy because that money is spent quickly and locally. It would begin to help low-income families who are currently paying the highest rate in state local taxes, and it would be a small step in making our tax system more fair. And all three combined wouldn’t even come close to the amount of money we gave to big, mostly out-of-state corporations in one big tax cut in 2013. And we’ve yet to see any evidence that the state got any benefit from that tax cut. What we got was hundreds of millions of dollars that were no longer available for education, health care and public safety … all things that would have improved our ability to attract good jobs.

We also support gross receipts tax (GRT) reform that broadens the base and lowers the rate.

We’re opposed to taxing charities or food. New Mexico has one of the worst rates of child hunger in the nation. Taxing food is a problem, not a solution. Just yesterday we got the results of a new poll that we commissioned that shows that 87 percent of likely voters oppose taxing food and it is nearly that high even when you tell them you’d lower the GRT on all other goods and services. And by the way, that poll also shows a very high level of support for a corporate tax increase and an increase in personal income taxes for the wealthy.

We’re sympathetic to the problem faced by local governments. But let’s remember that this discussion escalated and gained more traction with the ending of hold harmless payments in order to pay for the big corporate tax cut in 2013. So now the proposed solution is to keep the corporate tax cuts but tax food to make up for the lost revenue. In our view, that’s taking bad tax policy and following it with even worse tax policy. If anything, we should look at repealing the corporate tax cuts. In any event, there are several better options for local government funding than taxing food … revenue sharing from either PIT or GRT, or simply building into the tax system a new local government solvency fund.

We’ll support tobacco and alcohol tax increases, a motor vehicle excise tax increase, internet taxes, health care provider fees, and other revenue options proposed by others that raise revenue in a way that is not harmful to our families or our New Mexico economy.