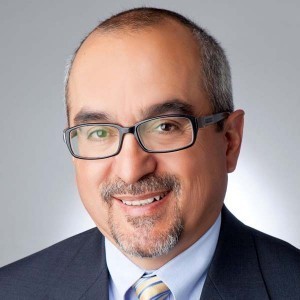 One of the government’s most underappreciated functions is prevention. For example, thanks to government investments in research, public health and vaccines, we have been able to prevent millions of children from dying of diseases like polio, scarlet fever, typhoid and smallpox. However, we are so used to children not suffering from such scourges that we tend to forget the role our government plays in preventing others.

Prevention makes sense from a public health perspective. There is much less suffering and less money spent when we prevent bad things from happening to children than when we try and fix the problems after emotional and physical damage has occurred. As noted orator and statesman Frederick Douglass so wisely said, “It is easier to build strong children than to repair broken men.” When we overlook the vital role our government can play in prevention, we sacrifice some of our most effective tools in improving outcomes for our children.

Consider adverse childhood experiences, known collectively as ACEs, which range from the loss of a parent to death, divorce or prison, to living in deep, chronic poverty, to living with a caregiver who suffers from an untreated mental illness or addiction. Children are resilient, and with a loving family and other supports, they can overcome one ACE. The real concern is when children experience multiple ACEs.

The more ACEs a child experiences, the more likely they are to find it impossible to follow their dreams into adulthood and become contributing members of society. Instead, they will find themselves mired at a much greater risk for developing mental illness and engaging in drug abuse and other self-destructive behaviors, according to a study from the Centers for Disease Control and Kaiser. These outcomes of their ACEs will likely cause similar ACES in their children.

Not all bad experiences can be prevented, but many ACEs can be and local communities with support from the state government are best positioned to play a prevention role. All families and particularly those in danger of adversity need support systems. Those systems can come in the way of family, friends, or community. When support systems are lacking – or are, themselves, mired in adversity – families may need public services. Mental health care, drug and alcohol addiction treatment, programs that help solve generational poverty, and parent coaching services like home visiting, all require state support in order to be available to those who need them.

And too many children and families in New Mexico lack these support systems. Our beautiful state has one of the highest rates in the nation of children who experience three or more ACEs. In New Mexico, 18 percent of our children suffer from three or more ACEs, according to a report released earlier this year by Child Trends. The national ACEs rate is 11 percent. Add to this the fact that eight years of austerity has led to cuts to many of these vital programs. Additionally, the state’s behavioral health care system was dismantled over false charges of Medicaid fraud and has yet to recover. In the past five years, New Mexico has twice ranked dead last in overall child well-being on the Annie E. Casey’s KIDS COUNT scale.

New Mexico can and must do better. Our future depends upon it. It will take hard work, new ideas, and public investments, but it can be done. That is why New Mexico Voices for Children is partnering with Ngage New Mexico to bring our second annual KIDS COUNT Conference to southern New Mexico.

This year’s conference Childhood Trauma: From Symptoms to Systems Change, will take a hard look at ACEs – what causes them, what can be done to prevent them, and how we can promote resiliency. We will look at the importance of building trauma-informed practices throughout our agencies and organizations. We are ensuring that we have an eye toward the role of historical or intergenerational trauma, as well as a focus on the inherent resiliency practices within many communities, including indigenous ways of healing trauma.

Indeed, “It is easier to build strong children than to repair broken men.” We must work to build stronger children if we are to have a stronger New Mexico. Whether you work with children or simply want to know more about this important topic, please consider joining us for this daylong conference on Nov. 14. The event will be held at the Las Cruces Convention Center and registration is only $30. Find out more and register online by following the conference link at www.snmkidscount.org.

James Jimenez is executive director of New Mexico Voices for Children, a statewide child advocacy organization. He served as Secretary of the Department of Finance and Administration and chief of staff under Gov. Bill Richardson.