To make all kids count, we must count all kids 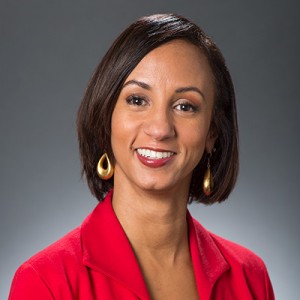 NOTE: This essay was one of several commissioned by Searchlight New Mexico for a piece titled “Experts weigh in on New Mexico’s challenges.”

This is a perilous moment for New Mexico’s children. There’s no getting around it.

Yet the future is not predetermined for kids in New Mexico. This state’s leaders can be inspired by this moment to do better by its children. They can choose to collaborate inclusively and act boldly and swiftly. That’s what it will take — both to position the state well for the 2020 census and to give children a better chance to thrive.

It begins with an honest evaluation of how New Mexico is doing right now. The ranking of 50th comes from the 2018 edition of the Annie E. Casey Foundation’s KIDS COUNT Data Book. It provides a multi-dimensional assessment of child well-being nationwide and state-by-state. New Mexico was 49th in providing for children’s economic well-being, 50th in education, 48th in health and 49th in terms of family and community.

Many of the statistics that feed into the ranking are troubling. For instance, 145,000 children in New Mexico live in poverty. That’s 30 percent of the kids in this state while the national average is 19 percent. More than 1 in 5 New Mexico children lives in a high-poverty area; nationally, it’s about 1 in 8. And some 29 percent of New Mexico teens do not graduate from high school on time, the largest such percentage among the states.

At the same time, the approaching census has the potential to exacerbate the existing challenges, because experts believe the count could miss more than 2 million children under the age of 5 nationwide. That’s roughly how many were missed last time, either because whole families were missed, because kids in complex families were inadvertently not included or because many children were living in places traditionally harder to count.

New Mexico is the only state where more than half of all children live in hard-to-count places. And children of color and kids in immigrant families, who already face society’s greatest barriers, are more likely to be missed in the count. Three quarters of New Mexico kids are children of color. The more children who are missed here, the more likely it is that fewer federal dollars will be allocated to New Mexico for resources like schools, libraries and hospitals.

Poor outcomes for children now and the potential for an inaccurate census count in 2020: two big problems, each too urgent to ignore or set aside. But New Mexico leaders have the opportunity and — thanks to a stable state budget with a record surplus — the resources to make change.

New Mexico Voices for Children — the Casey Foundation’s state KIDS COUNT affiliate — offered 30 recommendations to improve the lives of children through public policy in its recent report, New Mexico Kids at the Crossroads. Here are a few:

These investments can carry forward for many years. Preparations for the census, however, must focus on the period between now and when the count takes place in April 2020. There is still enough time to make sure the census counts all New Mexico kids:

Truly, the future can be brighter for the half-million children who call the Land of Enchantment home. What state legislators and other decision makers do between now and 2020 will matter enormously. Working together, New Mexico leaders can make sure all children are counted and all kids count.