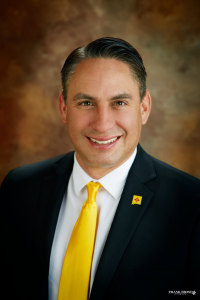 Howie Morales, Lieutenant Governor, State of New Mexico
Lieutenant Governor Howie Morales was raised in Silver City where he lives today with his two young children. He was a classroom teacher of special education students in the Silver City and Cobre School Districts for a decade. As a state senator, Howie served on the Legislative Finance Committee for 11 years and was an aggressive leader for children and classrooms, fighting to make every corner of New Mexico a better place to live. He championed investments in public education and children’s well-being and progressive policies such as universal health care. He fought for rural and tribal economic development, and to protect veterans’ and senior services and mental health programs. Governor Michelle Lujan Grisham asked Howie to take the helm of the Public Education Department in January of 2019 until a permanent Secretary could be named. Howie put himself through Western New Mexico University. The first in his family to go to college, he went on to earn a PhD in education from NMSU.

Ome Quetzal Lopez, The Peoples DJ
Since they began DJing in 1999, Ome Quetzal Lopez has become known for their infectious, energetic stage presence and an eclectic palette of song selections. Ome has been described as “The Peoples DJ,” having DJed alongside political leaders such as Barack Obama, Ilhan Omar, Stacey Abrams, and Hillary Clinton and activists Blair Imani and Dolores Huerta, as well as actors Keegan-Michael Key, Hasan Minhaj, and Eva Longoria. Ome has opened for artists spanning from Grammy-winning La Santa Cecilia and Little Joe y La Familia to other acclaimed acts like Ty Dolla $ign, Saul Williams, Chicano Batman, Las Cafeteras, and Climbing PoeTree. In addition to their DJ duties, Ome is also the co-founder of Dulce UpFront, an award-winning multi-media art-activist organization, having produced more than one hundred events with thousands of attendees, and has worked in partnership with a large constellation of artists, activists, event producers, organizations, and colleges nationwide. In 2020, Ome was awarded the city of Fresno’s District 1 Woman of the Year in Arts and Culture. 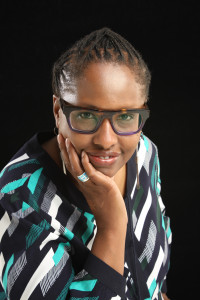 Anne E. Price, MA, President, Insight Center
Anne E. Price is the first woman President of the Insight Center for Community Economic Development. She has worked in the public sector on a wide range of issues including child welfare, hunger, workforce development, community development, and higher education. Anne was one of the first national leaders to examine narratives about race and wealth. Prior to joining the Insight Center, Anne served as Project Director for California Tomorrow’s Community College Access and Equity Initiative. Anne also spent several years at Seattle’s Human Services Department where she served as the Community Development Block Grant Administrator and Strategic Advisor to the Director. Her work has been featured in The New York Times, The Nation, The Washington Post, The Mercury News, The Wall Street Journal, Citylab, O Magazine, and other publications.  Anne holds a BA in Economics from Hampton University and a master’s degree in Urban Affairs and Public Policy from The New School in New York City. 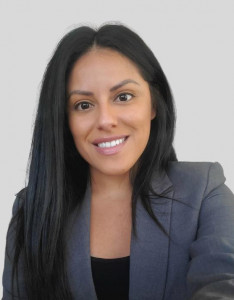 Marsha Garcia, member, Board of Directors, NM Voices for Children
Marsha has been working in communications and civic engagement in New Mexico for over a decade. She currently works as a strategic communications advisor and thought partner with several nonprofit organizations that focus on reproductive justice in the state. Marsha also specializes in crisis communications strategy and management, as well as spokesperson and media response training. She has worked with the New Mexico Speaker of the House of Representatives and the New Mexico House Democratic Caucus as their communications director, and has also worked on multiple successful local ballot initiatives and congressional campaigns. Outside of her work, Marsha serves on the board of directors of Crossroads for Women, an organization that empowers local women to break the cycle of incarceration and addiction, and volunteers as a trainer in media relations and communications for Emerge New Mexico. 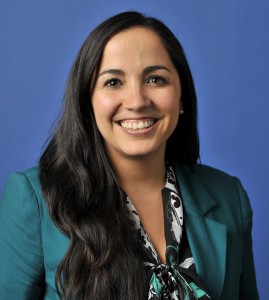 Amber Wallin, MPA, Executive Director, NM Voices for Children
Amber has been with NM Voices since 2012, when she was brought on as a Center on Budget and Policy Priorities fiscal policy fellow and later served as a research and policy analyst, the director of NM Voices’ KIDS COUNT program, and Deputy Director before taking over as Executive Director in 2022. Amber is a state and nationally recognized expert on issues related to child and family well-being and fiscal policy. She has served on multiple fiscal policy and child well-being advisory committees among policy networks, philanthropic organizations, and governmental bodies and regularly shares information and recommendations on how to build greater equity and opportunity for children and families. Born and raised in New Mexico, Amber received her Master of Public Administration degree from New Mexico State University and worked in the public sector at the city, state, and federal levels before joining NM Voices. She lives in Albuquerque with her husband and two young children.

Bill Jordan, MA, Government Relations Officer, NM Voices for Children
Bill has been with NM Voices since 1998 and leads our legislative advocacy efforts in Santa Fe and Washington, D.C., working primarily with lawmakers on issues such as raising the minimum wage, creating a state-level earned income tax credit, expanding access to health care, and passing the child helmet safety law. Bill is relied upon by many legislators for data and information relating to the legislation they are voting on or writing. He was appointed to Governor Richardson’s Equal Pay Task Force and his Budget Balancing Task Force. Previously, Bill was Executive Director of the HIV Coordinating Council of New Mexico.

Paige Knight, MPP, Senior Research and Policy Analyst, NM Voices for Children
Paige joined NM Voices in 2018 and focuses on tax, fiscal policy, and environmental issues. She was promoted to Senior Policy Analyst in 2020. Originally from Minnesota, Paige moved to Albuquerque in early 2017. Prior to moving to the Southwest, she worked with youth and families at a variety of nonprofits in Iowa City and Chicago, including as an AmeriCorps volunteer for a year. In New Mexico, she worked with DreamSpring (formerly Accion) and interned with the Legislative Finance Committee. Her experience with nonprofit and governmental organizations further developed her interest in public policy issues, particularly those surrounding family economic well-being. She received her BA in Economics from Luther College in Iowa and her Master’s in Public Policy from UNM.

Javier Rojo, MPA, Research & Policy Analyst, NM Voices for Children
Javier joined NM Voices in 2019. He focuses on immigration, the U.S. Census, tax and budget issues, and criminal fines and fees. He was born and raised in Albuquerque, and completed his undergraduate education at UNM where he studied economics, philosophy, and statistics. After college, Javier worked for the New Mexico Taxation and Revenue Department, where he helped publish the state’s first ever tax expenditure report. He was selected as the New Mexico Fellow for the Institute for Policy Studies, a D.C.-based think tank. While in D.C., he conducted research on CEO compensation, immigration, and international trade. Javier served as a grant writer for the Center of Southwest Culture, which works to revitalize New Mexico’s rural economy by introducing innovative business models. He completed a Master’s in Public Affairs at Princeton.

Jacob Vigil, MSW, Senior Research and Policy Analyst, NM Voices for Children
Jacob joined NM Voices in 2018 to focus on anti-poverty initiatives, including economic security, safety net, and early care and education policies, which he’s done through research and statewide outreach and advocacy. He was promoted to Senior Policy Analyst in 2020. Prior to joining NM Voices, Jacob worked in advocacy and coalition building in Illinois and California on early childhood and children’s health issues. He also worked as a government relations representative advocating for quality subsidized child care in several Western states. Before entering public policy, Jacob was a social worker and educator. Jacob holds a BA in Latin American History from Pomona College in Claremont, CA, and a Master’s in Social Work from Loyola University Chicago.

Emily Wildau, MPP, Research & Policy Analyst/KIDS COUNT Coordinator, NM Voices for Children
Emily joined NM Voices in 2020. She helps coordinate the KIDS COUNT program and focuses on issues related to early childhood, education, and family economic security. She was born in Roswell and completed her BA in English Rhetoric at NMSU. During her time there, Emily discovered her passion for social justice in a volunteer role advocating and fundraising for programs to support an end to child soldiering in Central and East Africa. Since relocating to Albuquerque in 2015, Emily has been able to contribute to her community by working as a grant writer at Roadrunner Food Bank and Central New Mexico Community College. She earned her Master’s in Public Policy at UNM. 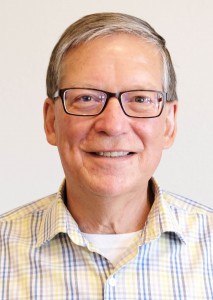 Kenneth J. Martinez, Psy.D., Chair, Board of Directors, NM Voices for Children
Ken is a retired child and family psychologist. He has been on the faculty in the Department of Psychiatry at the UNM Health Sciences Center since 1978. He was Children’s Behavioral Director for the state from 1997 to 2005, and chair of the Children, Youth and Families Division of the National Association of State Mental Health Program Directors. Ken served on the Rosalynn Carter Mental Health Symposium Planning Committee. He retired from the American Institutes for Research (AIR) in 2017 after having served as the lead disparities reduction resource with AIR’s National Resource Center for Mental Health Promotion and Youth Violence Prevention. Ken is the author of numerous articles and book chapters as well as being a local and national presenter.