Show me the fat! (in the state budget) 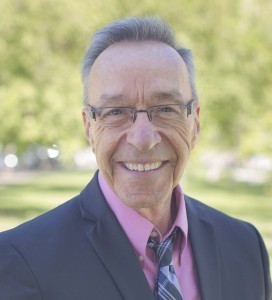 State government has a very important job to do. It ensures that all children receive an education that will prepare them to be productive adults. It works to keep our streets safe and our infrastructure in good repair. It must respond to public health threats and keep an eye to future needs. When state government does its job well, it enables and strengthens the state’s economic growth and helps its people thrive.

State government does this not just with the tax money it collects today. The public structures that make our modern economy possible were also paid for by past generations, just as some of our current tax money will continue to fulfill future needs.

Right now, though, the state of New Mexico is broke. It’s estimated that we’re short at least $150 million for the fiscal year that ended on June 30. Lawmakers will soon be called into a special session to scoop up the few remaining dollars in the ‘reserve’ accounts to cover last year’s bills. But that’s a short-term solution, as we’re expected to be several hundred million dollars short for the fiscal year that started on July 1. Legislators probably won’t deal with that shortfall until they reconvene in January.

There’s been a lot of talk of cutting spending but this will be a challenge, given that both the governor and some lawmakers have put much of the budget off-limits to spending cuts.

The governor even says on her website that, “During the campaign, I made a promise to protect classroom spending and basic health care for those most in need. Preserving these necessities means that we must find savings elsewhere.” Meanwhile, Senate Democrats recently said that they would not accept cuts to K-12 or higher education.

So then, where do they intend to cut?

First, let’s look at where the state currently spends its $6 billion budget: 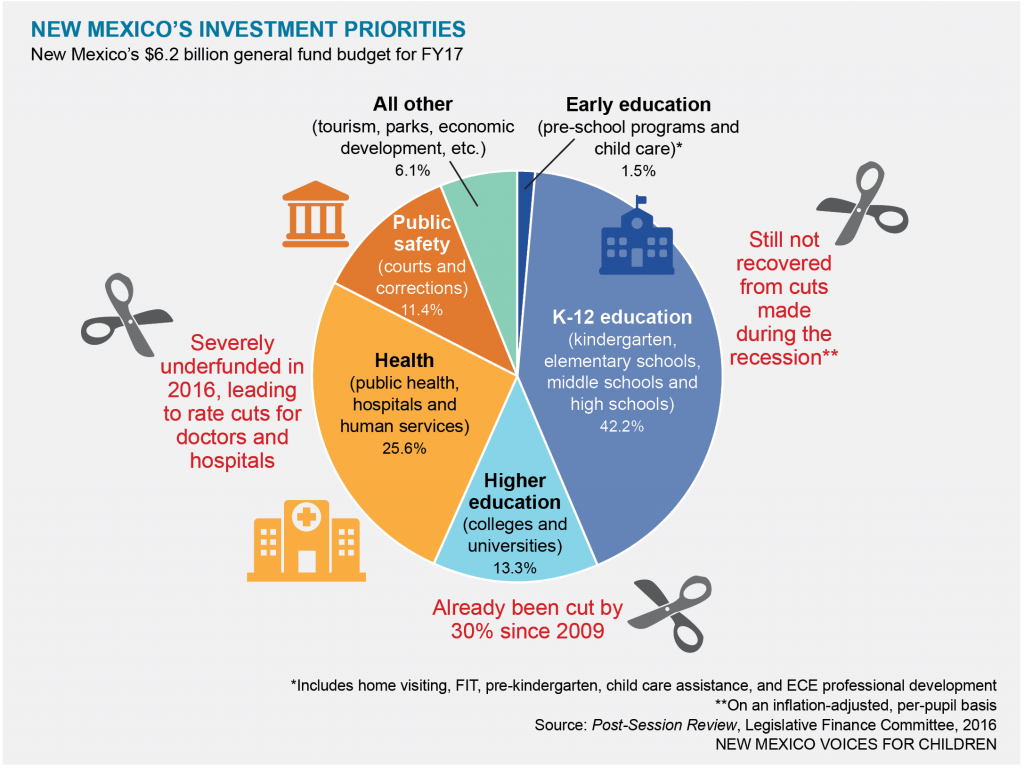 Education—from preschool programs to college (the three blue slices)—gets the largest share. This makes sense. There is no more important job for a state than to educate its children. Without our investments in education at all levels, our state would have no future. The next biggest slice of the budget pie goes to health and human services. More than half of that is for Medicaid, which provides health care to more than 40 percent of our population—mostly children, seniors and the disabled—all of them low-income. All education and health care together—the areas lawmakers have said they won’t cut—comprise more than 80 percent of the budget. What’s more, these areas have already faced heavy cuts and don’t currently get the funding necessary to address our growing needs.

So what’s left? The dark orange slice of the budget pie is public safety, which goes to corrections, courts and homeland security. It’s not likely that lawmakers will want to cut that, especially given our recent bump in crime. That leaves the little green slice for “all other” state programs and services. This includes tourism, parks, economic development, agriculture, energy, minerals and natural resources, transportation, and all of the day-to-day operations of state government like the tax department, regulation and licensing of various professions and businesses, the state personnel office, and all of their information technology needs.

The estimated total budget deficit—up to $500 million—is larger than the slice of the state budget that’s spent on “all other” programs, so even if we eliminated all $380 million of it, it wouldn’t be enough to balance the budget.

Instead of more cuts, the better option would be to raise more money. For more than a decade, we’ve shredded our tax system by providing special interests with huge tax breaks, which have failed to produce jobs. As an economic development strategy, tax cuts have been an utter failure. It’s time to not just rethink that strategy, but reverse it. It’s time to raise money, improve our quality of life, our infrastructure and workforce, public safety, and all the things that will make New Mexico a great place to live, work, and raise a family. The investments we make today will pay off now and well into the future.