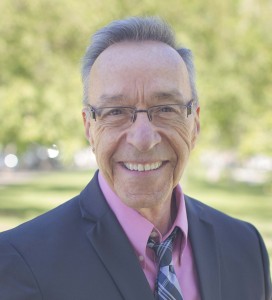 One of the few bright spots for New Mexico in this year’s recently released national KIDS COUNT Data Book―which ranked New Mexico at 49th in the nation for overall child well-being―was in child health outcomes. Improvements took us from ranking 48th in the nation in the four health indicators to 44th. That higher ranking is due in large part to New Mexico’s expansion of Medicaid for low-income adults because it led to the enrollment of tens of thousands of children who were eligible for this health coverage but had not been enrolled.

If nothing else, this is a success story showing that public policies can make a difference. And it’s not just made a difference for kids. The Medicaid expansion had led to some of the state’s only job growth as health care providers have been hiring to meet the new demand.

Unfortunately, those gains are now at risk because the Medicaid program was underfunded by more than $400 million this year. When crafting this year’s budget, lawmakers faced drastically reduced revenue, so they chose to underfund Medicaid instead of raise new revenue by repealing irresponsible and ineffective tax cuts. Some even tried to rationalize the choice by saying that Medicaid was costing too much.

Let’s be clear about one thing: the Medicaid expansion will more than pay for itself through 2020. Because of a generous federal match—New Mexico gets $19 in federal money for every $1 that the state invests in the expansion—several independent studies have shown that the expansion will generate more than enough budget savings and tax revenue to save money for the state through 2020. But instead of using those dollars to fund Medicaid, policy-makers chose instead to protect their failed strategy of massive tax cuts for corporations, thus forcing harmful cuts to health care services.

While big corporate tax cuts are protected, low-income children and their parents are being asked to pay more for their health care. Additionally, physicians, dentists and hospitals will have their payments reduced by over $140 million in the coming fiscal year, an action that might also adversely impact patient care. To protect the Governor’s pledge to not raise taxes (even though her tax policies have forced cities and counties to raise taxes) our low-income children, adults, disabled, and elderly will all be asked to pay more. So while the Governor tries to impress all of us and her national audience with the “37 tax cuts” she likes to mention whenever possible, the cost of those tax cuts is being paid for by cutting health care for our kids and families.

Our improved ranking in the health domain of KIDS COUNT shows clearly that when the state invests in strategies that work, we see measurable gains. New Mexico can be proud of the gains we’ve made, and New Mexico Voices for Children has often lauded the Governor’s decision to expand Medicaid as part of her embrace of the Affordable Care Act. Her decision led to some of the positive gains measured in this latest KIDS COUNT report, but those gains are now at risk.

Sadly, New Mexico’s budget still is not fixed, even with the deep cuts to health care. Lawmakers are already talking about the possibility of a special legislative session to make further adjustments. If they do, they’ll have a choice to either make even deeper budget cuts or raise new revenue to protect the health and well-being of New Mexico’s kids and families. You’d think that decision would be a no-brainer, but for many lawmakers it’s not. So the next time those legislators and candidates show up at your door asking for your vote this November, ask them what they’ll put first―the health of corporations or the health of New Mexicans.