If tuition increases were a tax hike they’d never fly

If tuition increases were a tax hike they’d be so massive no politician would be caught so much as thinking about them, let alone supporting them. Due in large part to New Mexico’s budget cuts to higher education over the last six years, tuition and fees have increased by 46 percent at 4-year public universities and by 34 percent at 2-year colleges. Now we get the news that students at the University of New Mexico will see another increase of about $280 in their tuition and fees next year. 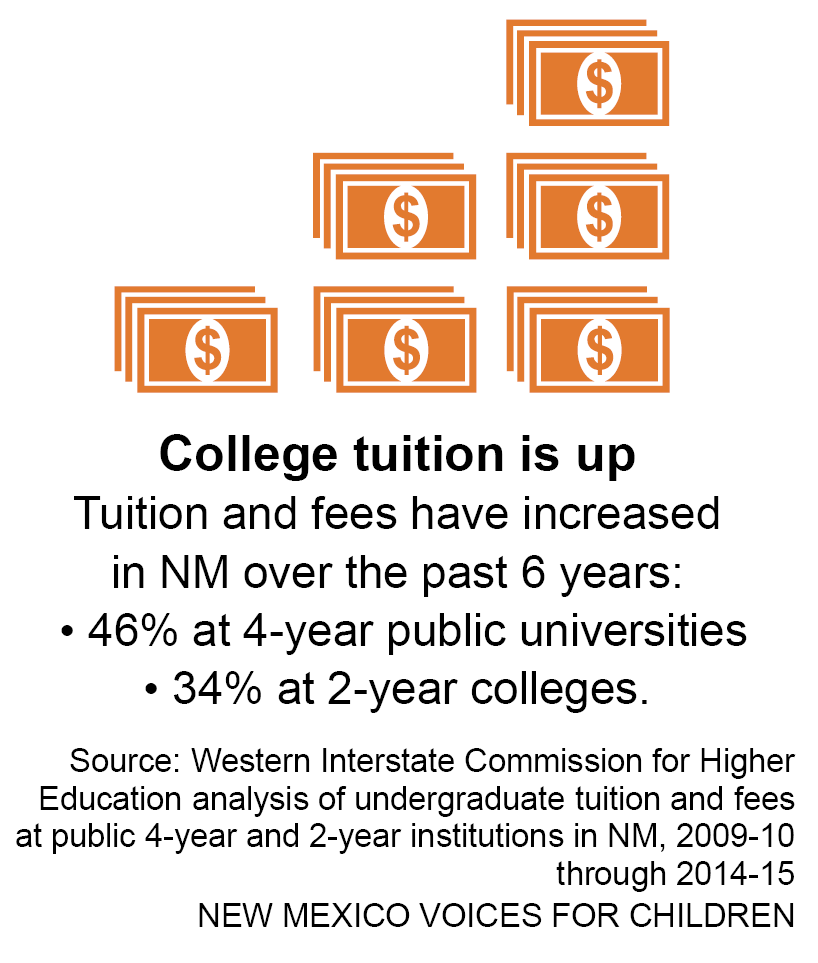 That may not seem like a huge amount to some, but it’s enormous when you look at it this way: If the average New Mexico adult was expected to pay an extra $280 a year in gross receipts taxes, it would be equivalent to a 22 percent tax increase! Can you imagine any lawmaker wanting to raise anyone’s tax by 22 percent? Yet, since it’s not a tax (and college students aren’t a huge voting bloc anyway), apparently it’s OK.

This increase is even bigger when you consider that some students must finance their tuition with student loans, which they will pay back with interest over many years. Once again, we’ve saddled our students with debt in order to preserve precious tax cuts for the rich and corporations. It’s also not helpful that those big tax cuts have yet to produce any jobs, so many of those who do finish college here are forced to go elsewhere to find decent employment.

When speaking in public, the Governor never mentions tuition increases but she does often mention the dozens of tax cuts she has championed. Those tax cuts have cost the state hundreds of millions of dollars and forced big cuts to higher education. The Center on Budget and Policy Priorities says New Mexico has cut higher education funding by more than 32 percent since the start of the recession. That’s the seventh largest cut in the nation—and since that measure was taken, another $20 million has been cut from next year’s budget.

So while Governor Susana Martinez has pledged no new taxes, her policies have forced huge tuition increases on an already struggling group of young New Mexicans. As a result, student loan debt is skyrocketing and New Mexico now has the highest rate of default on student loans. In addition, enrollment at many public institutions is down. 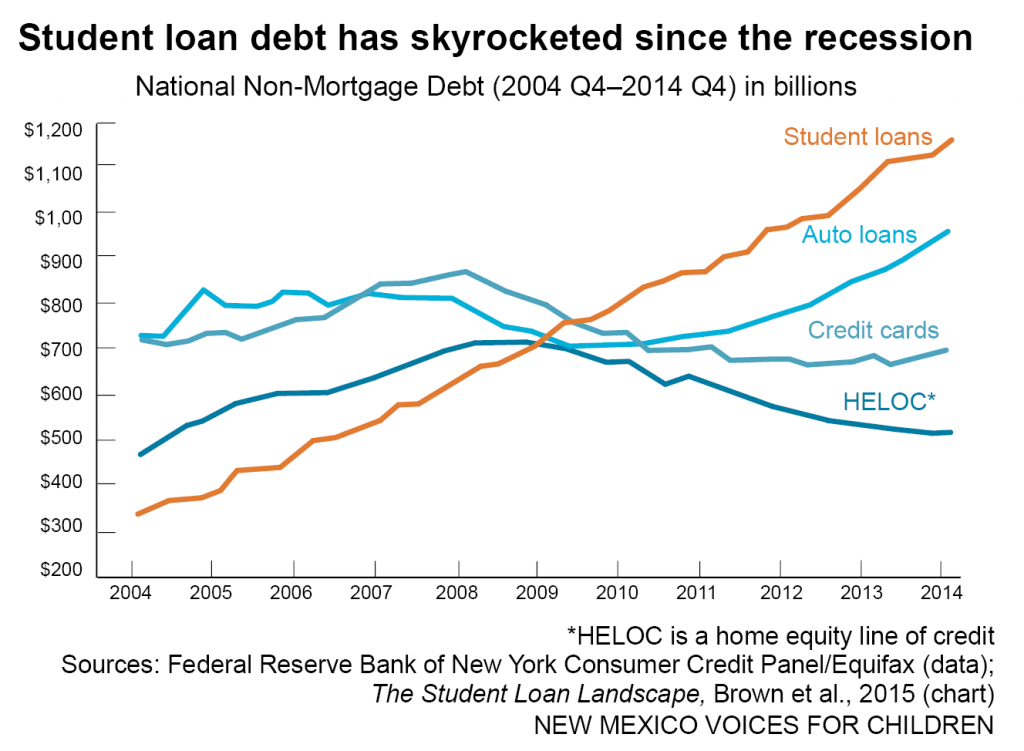 Those big tuition increases have also broken the lottery scholarship program, forcing several changes in the last few years and putting the scholarship in jeopardy for future students. This is a problem particularly for low-income students when you also consider that only 27 percent of our state financial aid is need-based, compared with the national average of 76 percent.

Student success is essential to New Mexico’s economic future. Real economic development begins with a better educated and more skilled workforce—more than three out of four projected jobs in the state will require some post-secondary education. But our workforce is woefully underdeveloped. We need to increase access to the college credentials and career pathways that benefit the students and our economy. Instead, we’re making post-secondary education more expensive and driving down enrollment. And we’re doing it in order to give tax cuts to profitable corporations and the wealthy, even though those cuts are not creating jobs.

Ask any first-year math student and they’ll tell you that’s an economic development plan doomed for failure. At the rate we’re going, we won’t have any students to ask.