Good for Workers, Good for the Economy

In November, Albuquerque’s voters will decide whether to raise the city’s minimum wage to $8.50 an hour and index it so that it keeps up with inflation. This analysis looks at the impact an indexed minimum wage would have on the city of Albuquerque as well as how it would affect the city’s lowest paid workers. 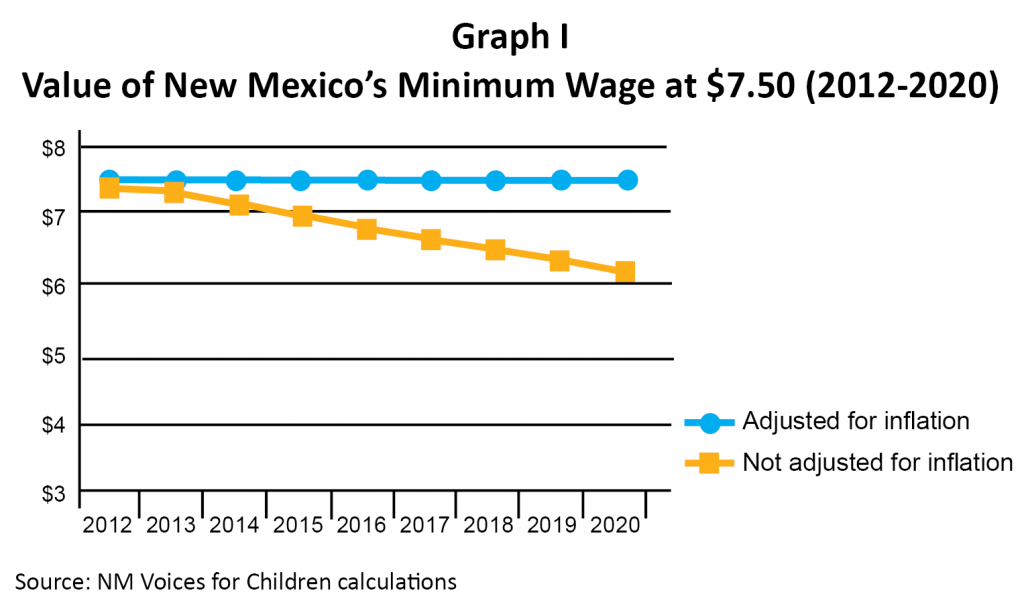 The value of a wage is lost if that wage fails to rise as the cost of living goes up. Since New Mexico increased the state minimum wage to $7.50 an hour in 2009, about 6 percent of the value of the wage has been lost due to inflation, meaning that the purchasing power of each of Albuquerque’s 40,000 minimum wage workers has declined by $1,000 a year over the last three years. As Graph I shows, the state’s $7.50-an-hour minimum wage will have the buying power of just over $6 in 2020 if it is not indexed. 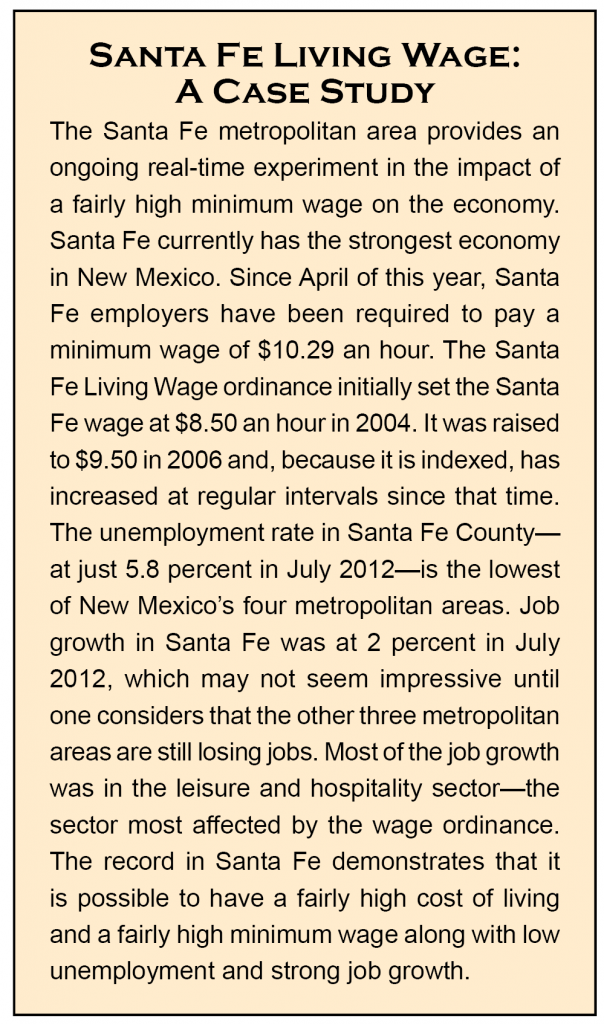 About one-seventh (or 14 percent) of the Albuquerque workforce—40,000 people—would benefit if the minimum wage were increased to $8.50 and tied to inflation as measured by the Consumer Price Index (CPI). Albuquerque’s business climate would benefit as well, as this increased income would be spent—much of it at local businesses.

Research has shown that raising the minimum wage stimulates the economy. The city of Santa Fe—which has the highest minimum wage in the state—offers a case study that demonstrates how raising wages can contribute to job growth and a strong economy (see box).

An increase in the minimum wage would also result in increased economic activity in the Albuquerque area:

Poverty is one of New Mexico’s most severe problems. Raising wages is a critical step towards ending poverty. The hourly wage required to bring the income of a family of three up to the federal poverty level is $9.25. (See Graph II.) Raising the minimum wage to $8.50 an hour and indexing it will bring a family of three closer to—but still below—the federal poverty threshold. 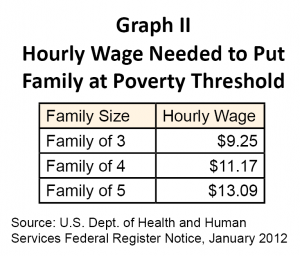 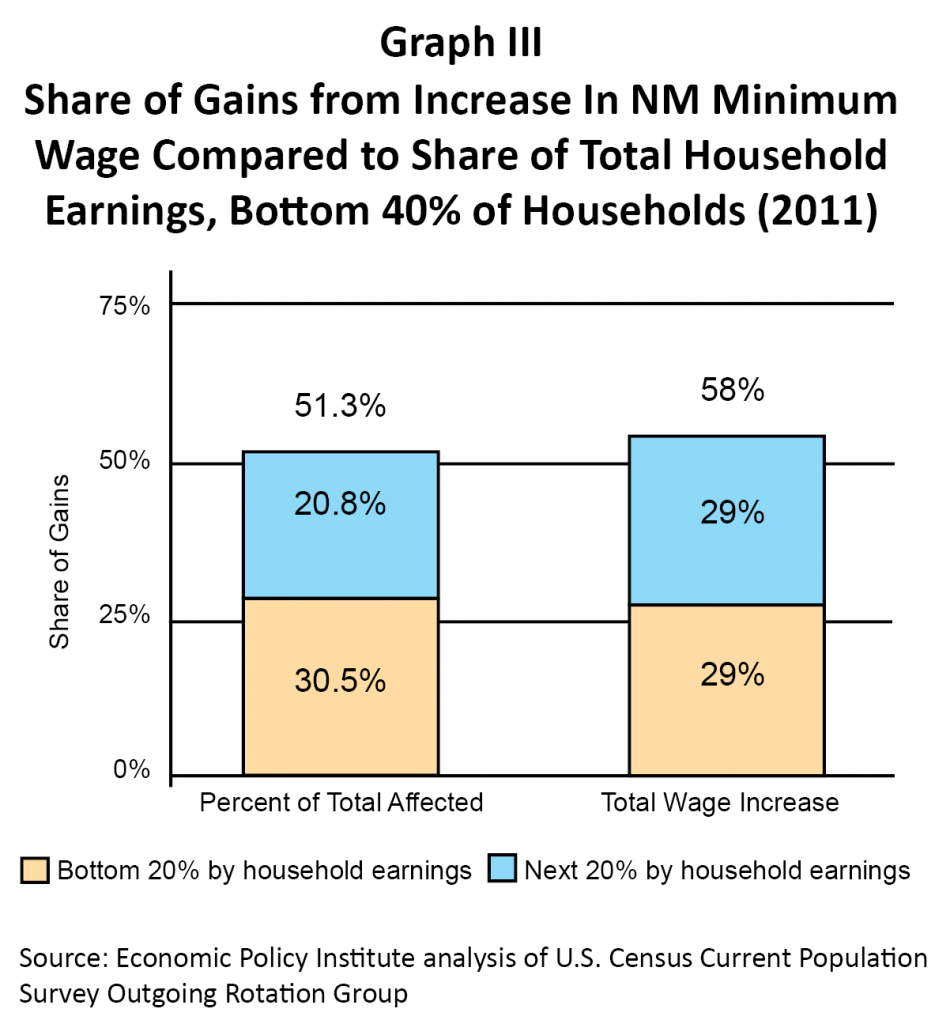 The bottom 40 percent of households would benefit the most from raising and indexing the minimum wage. (See Graph III.)

Raising and indexing the Albuquerque minimum wage would put approximately $712 per year—about $14 per week—into workers’ pockets. An additional $712 per year would help working people pay for expenses necessary to hold a job—such as car maintenance, gasoline, and child care—as well as other essentials.

Low-wage workers tend to spend all of their income on day-to-day necessities, so additional income is likely to be spent in the local economy. 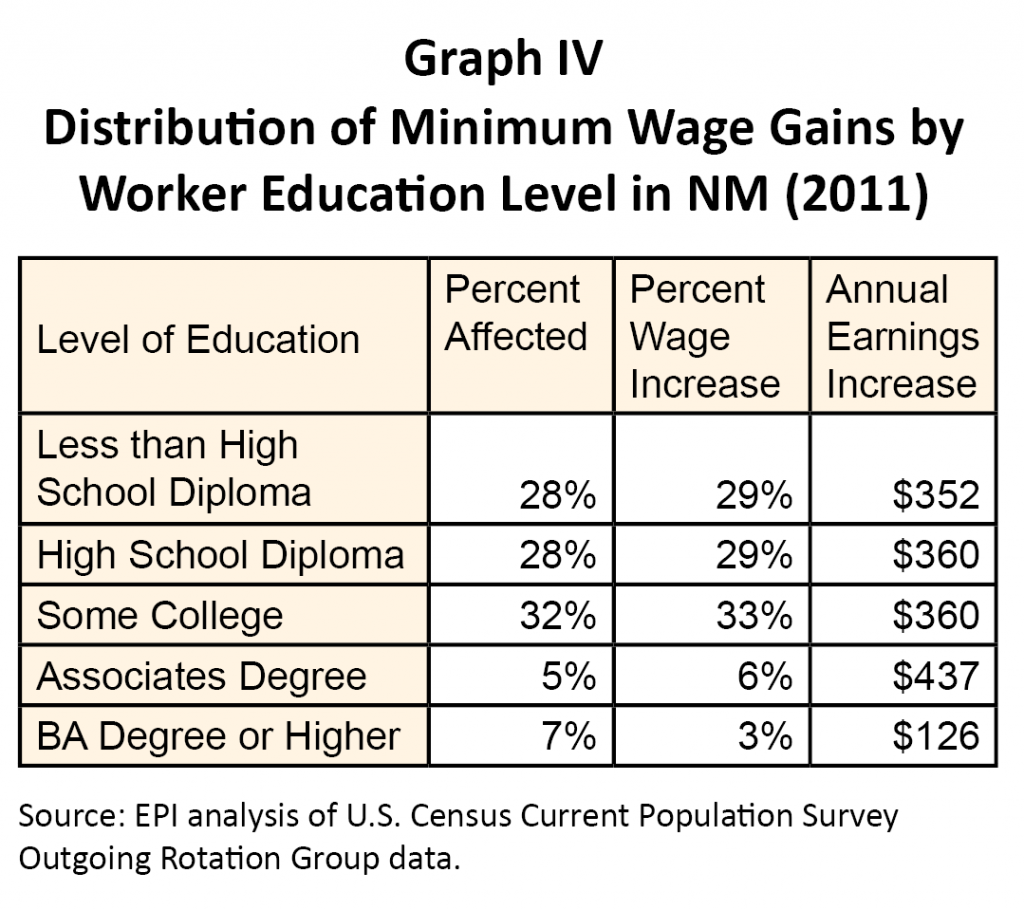 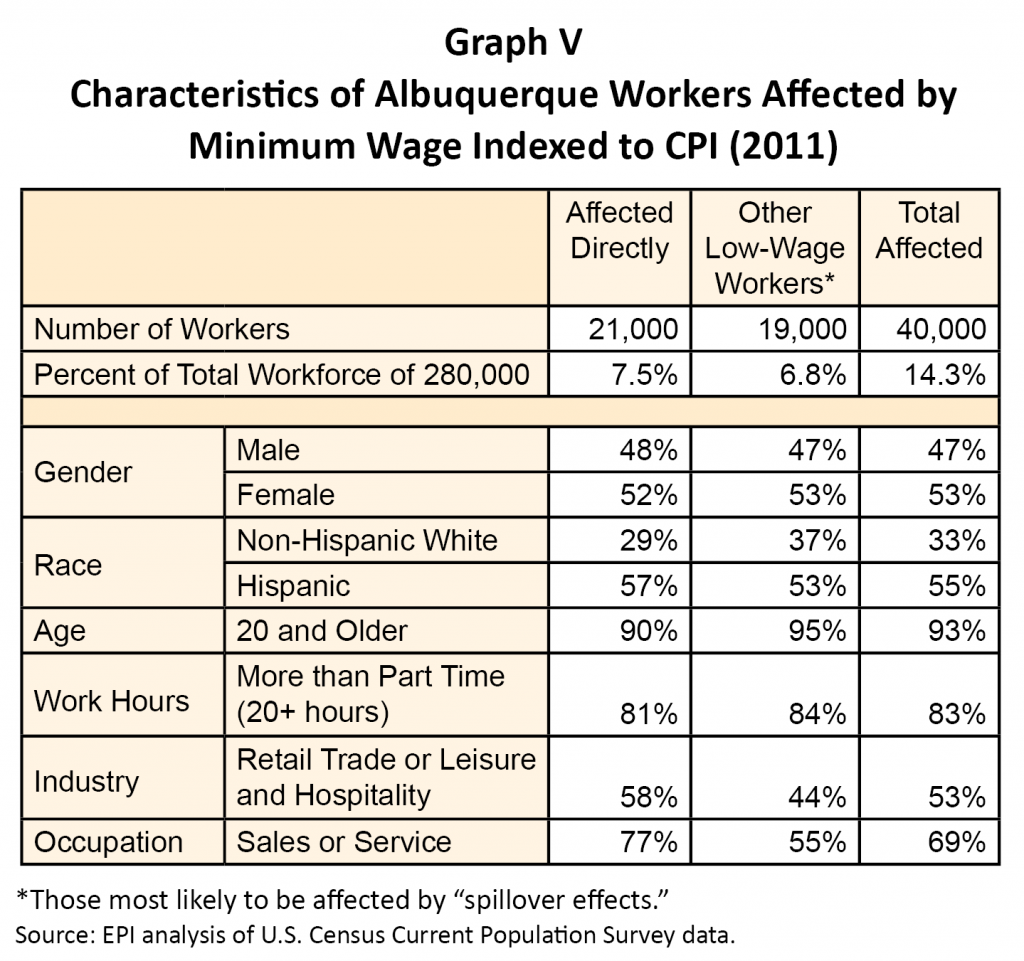 The vast majority (92 percent) of the workers who would benefit from raising and indexing the minimum wage are adults, most of whom work more than part time.

Raising and indexing the minimum wage would overwhelmingly benefit the adults who have the least amount of education. (See Graph IV.)