Helping Those Who Need it Most 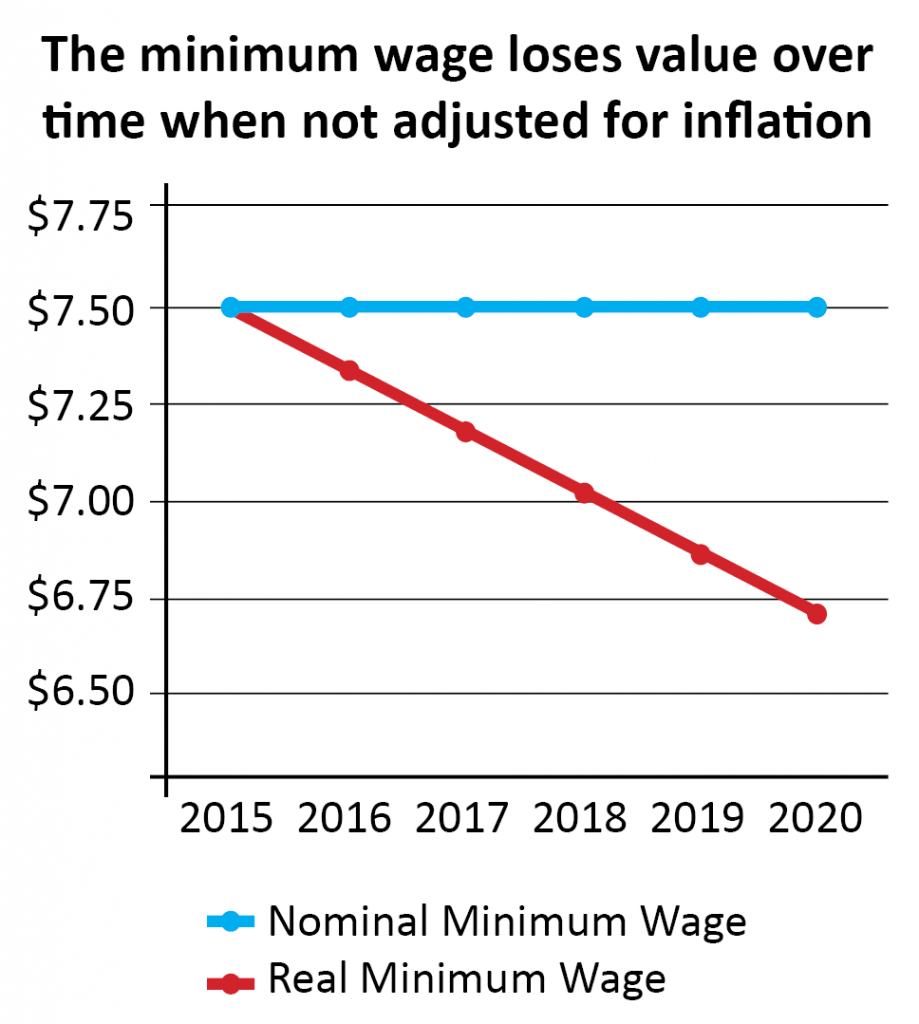 Senate Joint Resolution 13, under consideration during the current legislative session, would allow the voters to raise the minimum wage to $8.50 per hour and index it to the national inflation rate. Raising the minimum wage is often cited in opinion polls as a public policy with strong support amongst Republicans and Democrats, especially from those on the lower half of the wage scale. While the wage amount called for in SJR-13 would fall short of a “living wage,” raising the minimum wage clearly assists those who are struggling to make ends meet.

This report provides clarity for policy makers in New Mexico on just who would benefit from raising New Mexico’s minimum wage. The data show, despite misperceptions, that minimum wage workers in New Mexico are not teenagers working their first job. It is a much more complex story and one that includes the well-being of children.

SJR-13, sponsored by Senators Richard Martinez and Bill Soules and Representative Miguel Garcia, would amend the state constitution if approved by voters. The Legislature passed a bill in the 2013 legislative session to raise the minimum wage to $8.50, but it was vetoed by Governor Martinez. A constitutional amendment does not go to the governor for approval.

Almost half of the 50 states have minimum wages that are higher than the federal. Ten states have addressed the issue via ballot initiatives, which are passed by voters. Without a state ballot initiative, the only way New Mexico voters can weigh in on such issues is by amending the state constitution. If they were to do so, however, New Mexico would not be alone. Five others states address the minimum wage in their constitutions. Given that the minimum wage is a worker’s rights issue for the nation’s most vulnerable workers—and that worker’s rights are human rights—it is entirely appropriate for those rights to be protected in the state constitution. 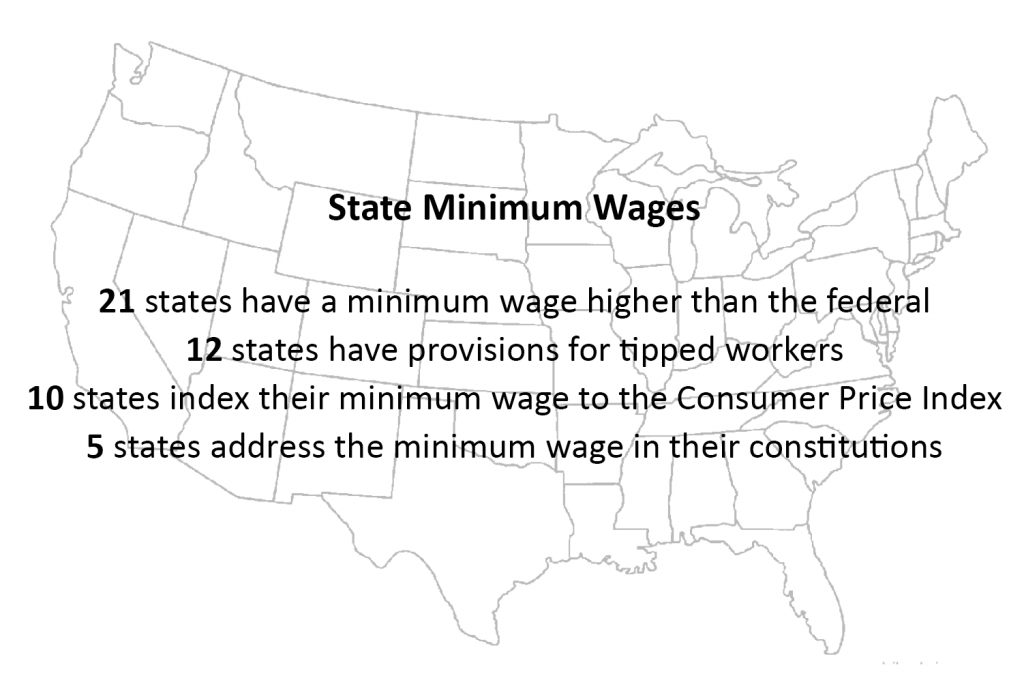 In 2012, there were about 540,000 workers statewide making an hourly wage outside of the city of Santa Fe and Bernalillo County. (Santa Fe and Bernalillo County already have minimum wages at or above $8.50 an hour.) The Economic Policy Institute estimates that 50,500 workers would be directly affected by raising the minimum wage to $8.50 an hour. These are workers earning between $7.50 and $8.50 an hour. An additional 40,600 workers would be indirectly affected—their wages would rise due to spillover effects from raising the wage to $8.50. The total number of workers affected would be 91,100, or roughly 17 percent of hourly workers outside Santa Fe and Bernalillo County. This report will first describe the characteristics of these low-wage workers and look at the Economic Policy Institute’s estimates of the wage impacts of raising the state’s minimum wage.

More women workers than men will benefit from raising the state minimum wage. About 51,000 women and 40,100 men—or about 19 percent of women workers and 15 percent of male workers—would be impacted by the increase. This is despite the fact that the numbers of male and female hourly workers are fairly comparable. Men, however, will receive an annual wage increase of $618 while women will receive an increase of $489. This difference is a reflection of the occupations in which men and women are concentrated and the number of hours they are working.

A common, but erroneous, perception about minimum wage workers is that they are by and large teenagers. But of the total 91,000 workers impacted by the minimum wage increase, only about 16,000—or one-fifth—are teenagers. The largest number of affected workers (29,400) are aged 20 to 29. Fully half of the affected workers (45,800) are aged 30 and up with nearly another 20 percent over age 55. Most of the workers who will be helped by raising the minimum wage are not teenagers, but adult workers. While a significant proportion are workers older than 55, they will not receive the highest wage increase. That will go to workers between the ages of 40 and 45, who may be more likely to be working full time. 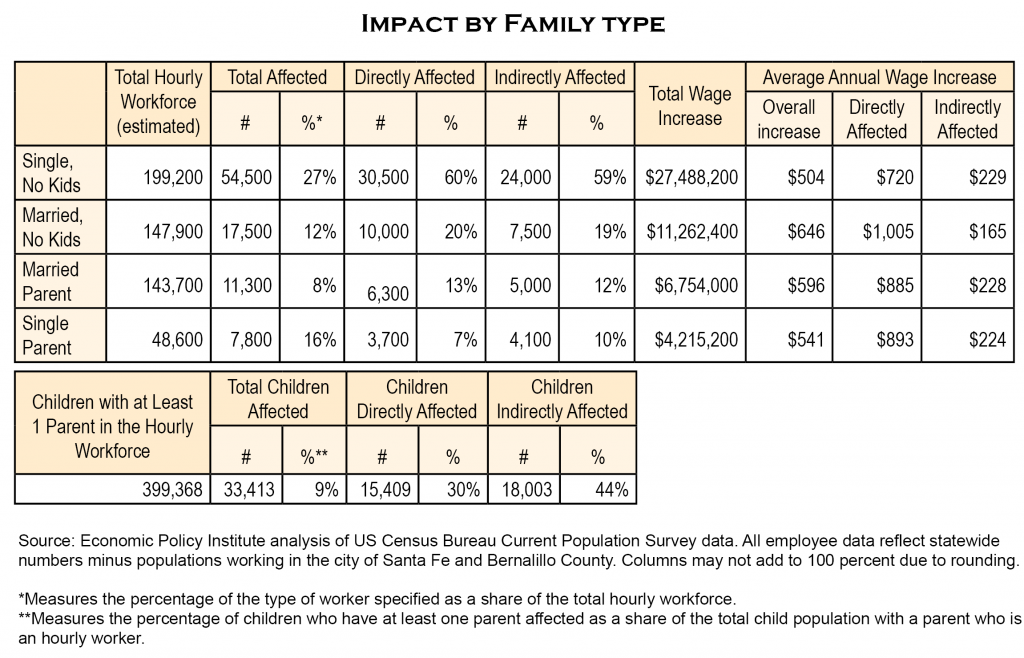 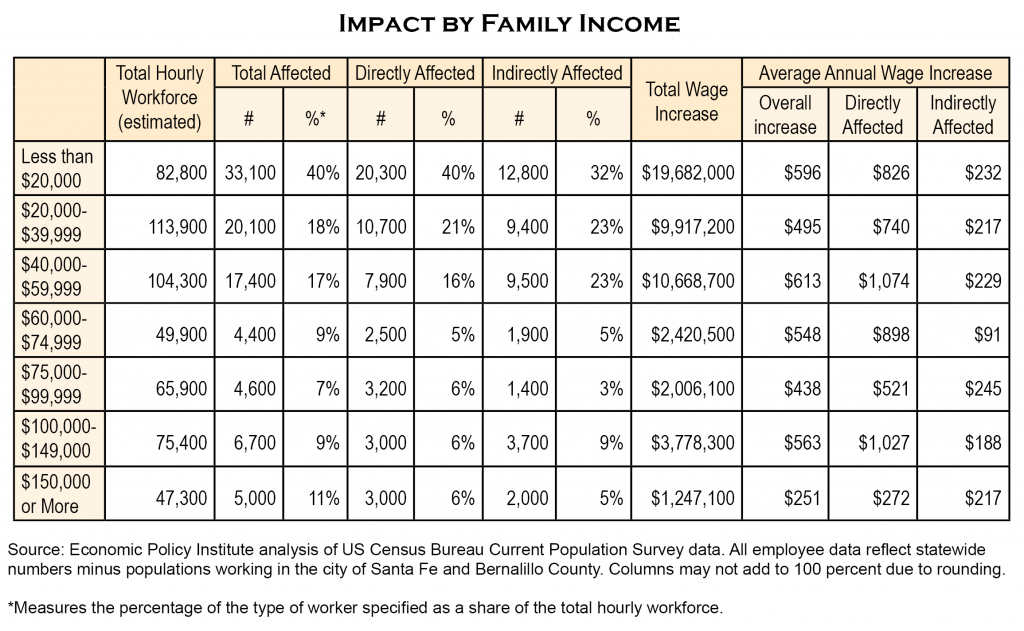 Wage levels are generally tied to different industry sectors. As expected, the retail and leisure/hospitality sectors together account for a significant (31 percent) number of minimum wage workers. However, it is somewhat surprising to note that the education/health care sector accounts for 35 percent of affected workers. Educational assistants and early childhood providers are often low paid, as are hospital orderlies.