The devastating math of the child care cliff effect 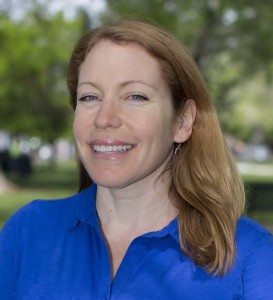 Pay raises are a good thing. And no one would ever refuse a raise, right? So imagine my surprise a few years ago when one of the employees I was managing refused a raise we were offering her to thank her for all of her hard work. I couldn’t understand at first why this hard-working single mom was refusing a well-deserved pay raise. Her explanation was very simple and very heartbreaking.

It turns out it’s all about what’s called a “cliff effect,” which occurs when a family receives an increase in income that is enough to disqualify them for a public benefit but not enough to cover the cost of the lost benefit. Under the cliff effect, an increase in income doesn’t lead to an improved financial situation but actually leaves a family worse off than they were when they qualified for that benefit—as if they had dropped off a financial cliff.

She can: refuse the extra income; try to find a much less expensive and lower quality child care option in the middle of the year that has an opening; or ask her son’s working grandparents to give up some of the their work hours and income in order to help take care of her son.

Dorothy is not alone. A study done by the Women’s Foundation of Colorado found that of families that received child care assistance and were faced with the cliff effect, one in three had to decline income increases (through pay raises or extra hours offered). Many other parents end up relying on less expensive but inappropriate caregivers or underground unregulated options that can be unsafe environments.

Like Dorothy, most of the heads of households who receive child care assistance in New Mexico (91 percent) identify as single parents. Because 81 percent of single-parent households living in poverty are headed by single mothers, the cliff effect is largely a gender equity issue.

A recent New Mexico Voices for Children report details when and why the cliff effect happens and how to fix it by increasing the eligibility ceiling for child care assistance to a much higher income level and by gradually phasing out assistance as families earn increases in income.

Dorothy ended up getting help from her family, but not every parent has that option. No matter their options, no family should have to forgo a raise in income just so they can keep the child care assistance they need so they can keep working. Public benefits should be structured so that they incentivize work, economic security, and self-sufficiency. New Mexico needs to remove this cliff effect for the sake of our families. It would also benefit our state since higher wages bring in more tax revenue, and generally lead to more discretionary spending, which improves the economy.

Armelle Casau is a Research and Policy Analyst for NM Voices for Children.